What I’m Drinking: A Sipsmith G&T

Well, the world is in a mad place right now as you I’m sure you know. But not too long ago (honestly, the world was in a mad place then, too, just not as much, perhaps), I was in the U.K. (or “ol’ blighty” as was once said), having a fine time as one does when there, and also as one does, tasting a wide range of delicious gins, mainly in delicious Gin & Tonics. So many great gins are being made in the world; we should feel lucky for that, if nothing else. While, as mentioned, the range was wide, one of my favs – and now one of many folks’ favs, as it’s made phenomenal inroads worldwide since the first time I had it like, oh, five years ago? My memory might be wrong there, as sometimes happens – was and remains Sipsmith London Dry. As the madness continues, I find sipping a nice Sipsmith and Tonic, while not removing the madness, sure makes a day it taste better. Hopefully wherever you are, the supply lines of Sipsmith (and other great gins) haven’t been slowed down. Oh, the below pic as you’ll see, has a cucumber garnish – and that’s a treat! But a lemon is also, just in case you’re cucumber-less. And a lime is, if you’re both-less. 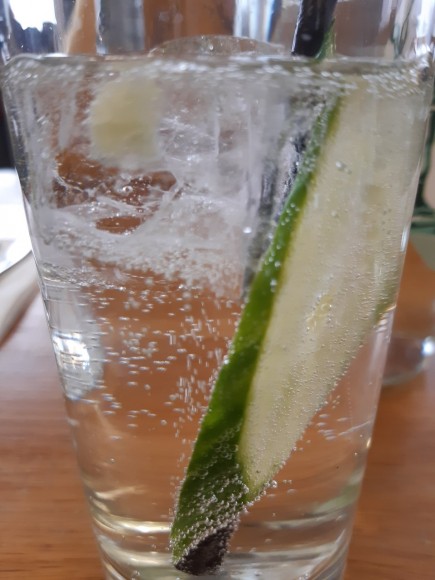 4 ounces tonic of your choice

Cucumber slice (or lime or lemon)

1. Fill a highball glass or comparable three-quarters up with ice cubes. Add the gin, gently.

2. Top it off with tonic (I think 3-1/2 to 4 ounces is nice, but adjust according to your desires). Stir briefly. Garnish with the cucumber.

I was in London last summer, and (as you do when in London, or the U.K. in general I suppose) I had a fair amount of gin, in G & Ts mostly, but some other ways, too, and was struck by how many delicious gins there were, a really wide selection in some spots. One of the favorites, and one that I found most everywhere, was Sipsmith — specifically their London Dry gin (they have a few others, too). I’d heard of it on past trips, but was stoked to see it in so many places. Launching in 2009, Sipsmith was London’s first copper distillery since 1820. This gin of theirs is a traditional London Dry, made in amazingly-small batches, and has won a fair amount of awards.

With good reason, too! The gin blends 10 botanicals, and the end result has a balanced dry juniper-ness as you sip, with a little follow-up sweetness, a little lemon, and a little of that lovely orange marmalade you get when traveling your favorite U.K. spots. You can guess that when traveling back to Seattle, even though we have our fair share of great gins, I missed Sipsmith.

But, lucky me, Sipsmith just became available over here – and I ended up with a bottle. I wanted to try it in a cocktail, as well as just swilling it solo, and wanted to keep it classic, but then also wanted to go outside the very norm of the norms. After some old book browsing, I decided to go with the Alaska. While there’s really, from what I know, no specific connection to the state that carries its name, this is a beautifully simple drink that allows the gin to shine, while also bringing another level of herb-and-spice-and-nice-ness, through the drink’s secondary ingredient, Yellow Chartreuse. A short step sweeter and easy-going-er than its Green sibling, the Yellow C plays well with Sipsmith. Depending on what old book you utilize, the Alaska Cocktail also on occasion includes orange bitters, and sometimes a twist of lemon. Here, I went with just the core two ingredients. The orange bitters, well, they’d be a good add, though I don’t think it suffers if you have the right gin. Try it, with Sipsmith, and see what you think. 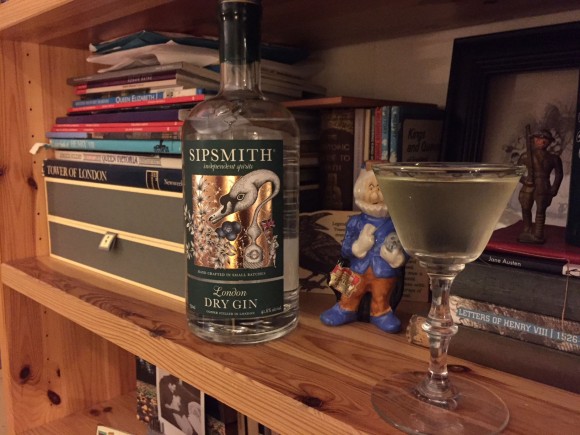 2. Strain into a cocktail glass. Drink, while looking London-wards.