Now and then, something shows up on your doorstep that just makes you shake your head confusedly. Maybe it’s a baby unicorn, maybe it’s a basket of bran muffins, and maybe it’s a bottle of Canadian rye whiskey combined with maple syrup. The latter happened to me recently (maybe you, too) in the form of Tap 357. At first, I was as mentioned shaking my head, being generally opposed to pre-blended flavored spirits. But I’m nothing if not adventuresome (with the scars to prove it), so naturally I tasted it. And then tasted it some more. And then a little more. And you know what – it’s pretty swell stuff. Not too sweet, not too maple-y, but with just the right amount of both. It’s nice to sip solo over a little ice, with a little of the trees and the fields about it, and a nice slow ending of grain and syrup. But I’ve also been playing around with it in cocktails, starting with something that seems like it would be just north of awful: a plain whiskey sour but with Tap 357. I keep my sours simple, and this was no different: Tap 357, lemon juice, ice. I figured the lemon and maple would butt heads, but you know what? It was darn tasty. The lemon comes in bright at first, then the whiskey notes, then that maple finish with a touch of tang. Good stuff. Now, if I could just figure out what to do with that unicorn. 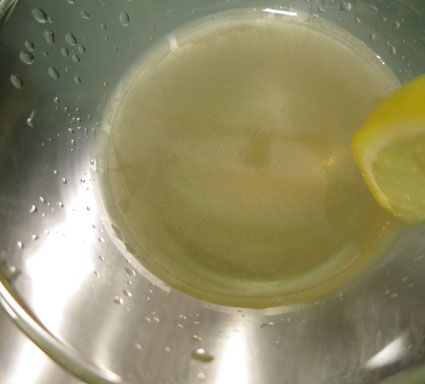 1. Fill a cocktail shaker halfway up with ice cubes. Add the Tap 357 and lemon juice. Shake like a logger.

2 Strain through a fine strainer into a cocktail glass. Garnish with the lemon slice.

« Get the Drink Seattle App (It’s Like Having Me on Your Phone) | Drinks on the Road, San Francisco, Part I: Blackbird »