I hear you, don’t worry – it’s July, it’s summer, it’s hot, the sweat is pouring off your hard-working brow, the yard has yet to be mowed (again), the sun is so high and hot in the sky, a winter-ific, fall-tastic, chill-in-the-air idealistic, hearty, flavorful, Scotch whisky is perhaps the last slow sipper that comes to mind. But darn it, conventions are made to be chucked, and sometimes the last idea is the most needed, the best. Just like some days you realize that only a good whisky will balance out the hours. Lucky for me, I recently received not one, but two good ones in the mail (lovely mail!), and so quenched my summer Scotch thirst with Ardbeg Wee Beastie and Ardbeg Blaaack. And what lovely tipples they are! 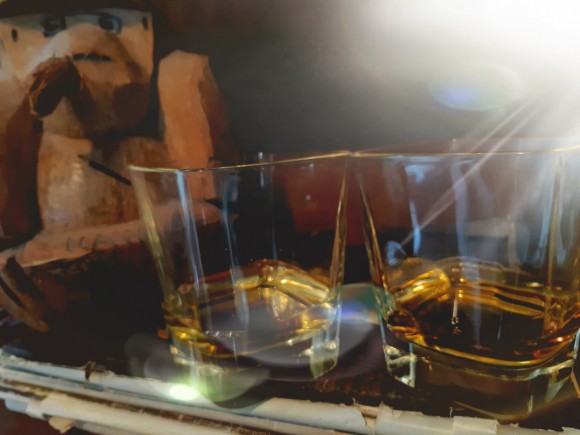 Let’s start with Ardbeg Wee Beastie, a youthful number at just five years of age (“mellowed” as they say in ex-bourbon and ex-Oloroso sherry casks), but packing a walloping taste none-the-less, like a powerful toddler you won’t want to ignore. Especially if you like some smoke in your sip – that smokiness is a fine match for summer, too, if you think about all the flame-y cooking happening. But even though it’s young and bold, it’s smooth, too, starting with a peat-y, pepper-y, fire-y nose that ends sweet with a hint of citrus. That folds into a taste that’s smoky as well, especially at the tail, but with loads of spice, a little vanilla, and herbs intertwined. A few drops of water are a neat addition, bringing the smoke, vanilla, and citrus notes more into play.

Right along the heels (it’s a two-Scotch day after all!) is Ardbeg Blaaack, the limited-edition whisky released to celebrate and commemorate the 20th Anniversary of the Ardbeg Committee. What is the Ardbeg Committee? It’s a sweet fan club, really, one that spreads the good Ardbeg word as well as getting some neat stuff, too. But back to the Blaaack! New Zealand Pinot Noir casks (first time Ardbeg’s used these for those counting) held the lush liquid. New Zealand and Scotland’s shared sheep-ness add the extra “baaa” to the name! But what about the taste? Glad you asked! The aroma has a distinctive berry-ness (summery!), light smoke, and hints of flowers and oak, flowing into a flavor that’s more berries, baked fruit, cherries, a bit of oak and nuttiness, followed by a little spice and more fruit. Yummy. Add a little water here, and the cherry notes are unleashed even more, with an echo of citrus along for the ride.

And now you have two great reasons for believing me that whisky  can be just the ticket, even in the height of summer. 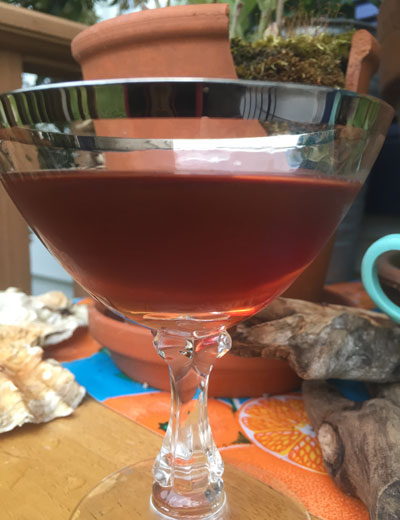