What I’m Drinking: Strawcurranterry, a Strawberry and White Currant Liqueur

Those, like you, who have been reading this blog for the last 10 years know that I have a white currant bush that I’m a tad bit obsessed with, and which I usually use the fruit from to make a white currant liqueur called Current Currant, which is darn delicious, and then also last year made a white currant and mint liqueur called A Most Particular Friend. See, the currant bush is now large enough that it has fruit usually for two batches or so of liqueur, unless making a very big batch (it can be devilish tricky to pick the currants, as they tend to fall off easily, and bounce around, and are fairly small for one with thick old fingers, but it’s worth it, I feel, to get that white currant taste, which is a bright citrus-y June-y taste all its own). Recently, I actually picked the first round of currants, as not all the little balls of joy ripen at the same moment; hence the first round being ready, well, first. Anywho, I wasn’t sure what to do with them, as I didn’t think there were enough for Current Currant, and so I decided to try something new – strawberries and currants (I had some strawberries around)! Check them out: 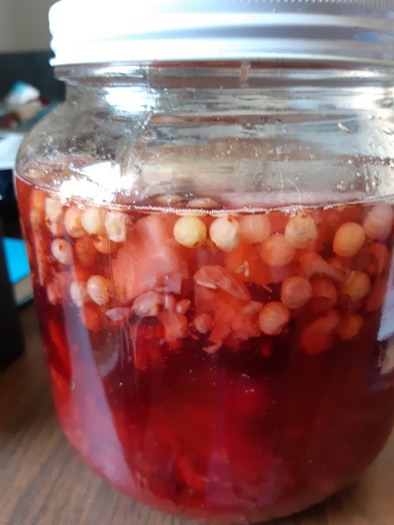 The sweetness and summer-ness of strawberries felt a good match for the tangy burst (with the barest hint here and there of bitterness) currants deliver. And, this time, I was right! The final liqueur-ing has the kissy nature of a good strawberry (I doubled down on the strawberry-ing by making a strawberry simple as our sweetener), but then the above the cloud citrus notes of the currants lingering. Dare I say, it’s summer in a glass? I dare, I dare! 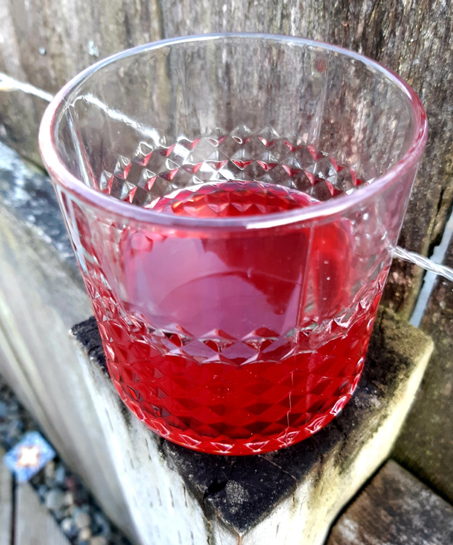 1. Add the currants and first back of strawberries (2 cups) to a large glass container with a good lid. Muddle nicely. Add the vodka, stir, and put that lid on it. Store in a cool dark place away from the sun. Let sit two weeks, swirling occasionally.

2. Add the sugar and second batch (2 cups) of strawberries to a medium-sized saucepan. Muddle briefly, mellowly. Add the water to the pan. Raise the temperature to medium high and heat to a boil, stirring regularly. Reduce the heat a touch, and let the mixture simmer for 5 minutes, stirring here and there. Remove from the heat and let cool completely.

3. Open the jar from Step 1 back up, add the simple syrup, strawberries and all, to the jar, and stir well. Place it back in the cool dark place, and let sit two more weeks, swirling occasionally.

4. Strain – I went once through a decent fine strainer to get the fruit out, and then through cheesecloth to add more clarity. You might need a third straining, too. 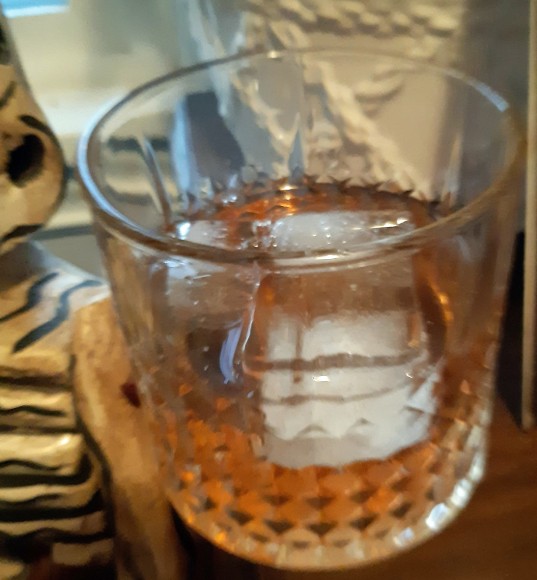