Summer proper (first day of summer and all that) is still over a month away, but I can feel it creeping up with every sunny day, temperature rising, refreshing fruity drinks bubbling, flowers blooming, gardens growing, sweat sweating, outdoor meals aromatizing evenings, and did I mention the drinks? We had a precursor summer day recently, one of those days that provides a preview of all that sun and such just described, and I just had to make up a new drink to accompany said day, and had to name it after summer, and had to transport my mind into a summer mindset, and between us, I (humbly), think I did a fairly decent job, and that Theros would approve. Oh, what’s in the drink? I started with rum (a summer favorite), white rum, that is, and then upped the rummy-ness with a little Stiggins’ Fancy rum, which is a referred to as “pineapple rum,” but for summer’s sakes don’t take that to mean chemically-induced or saccharin-y or against nature, as (if you haven’t had it), Stiggins’ is none of those, instead, wafting a perfectly roasted pineapple aroma over a dark flavorful rum. If you haven’t had it, try it now. Then, to round out those rummy siblings and to underline with citrus, herbs, caramel, sweetness, and lushness, I added some Montenegro amaro – one might not think of amari as summer standbys, but one also might be foolish, as these flavor-packed pals can bring just the right layers to hot weather treats, when mixed with the right partners. Like rums! And, like pineapple juice, our next ingredient. And, like Scrappy’s Lime bitters, which delights with lime and lighter herbal notes (remember kids: bitters makes it better). Finally, ice, club soda, mint, and here we are, summer, a month or so early. Enjoy it now, and then. 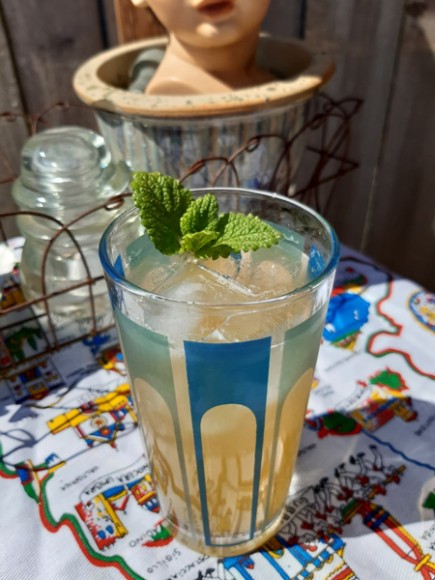 2. Fill a highball or comparable glass with ice cubes. Strain the mix from step 1 into the glass. Top with club soda. Stir, carefully (no need to spill). Garnish with the mint.

A Note: You could serve this over cracked ice, even crushed ice. But I wasn’t so prepared or industrious as you might be. Next time, I might be! 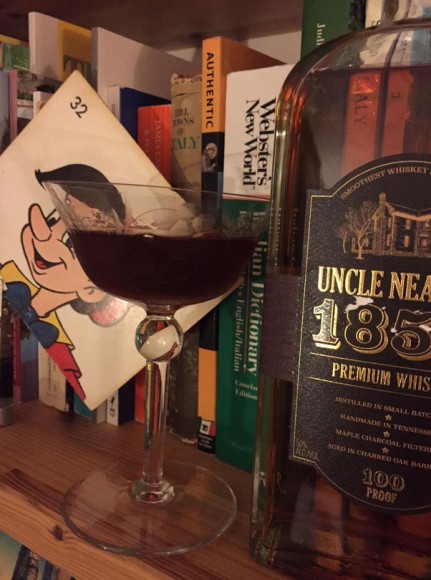