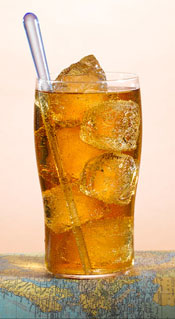 « Help! A Giant Bottle of Haig is Attacking | Brandy Says, “Off With Your Head” »