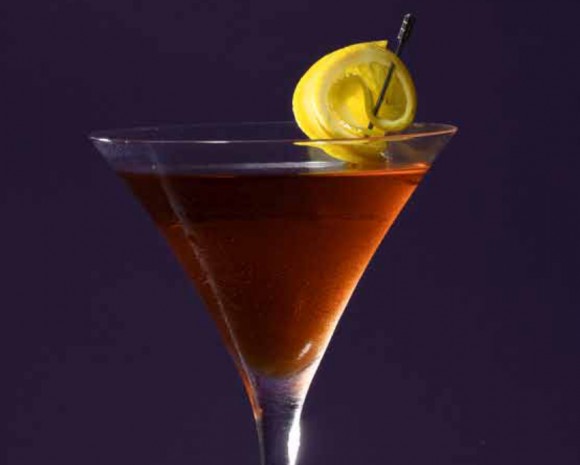 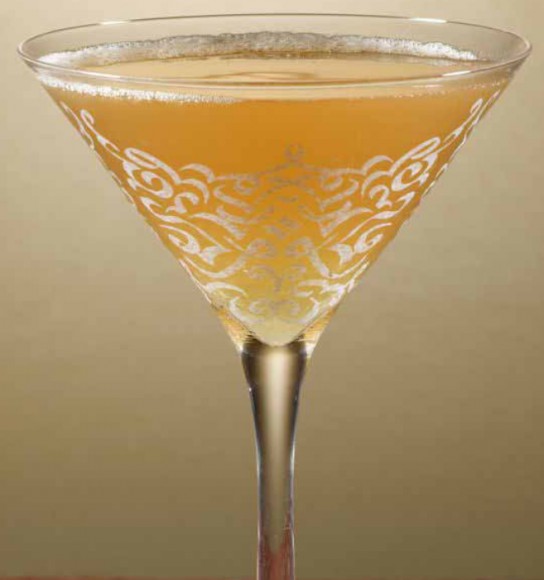 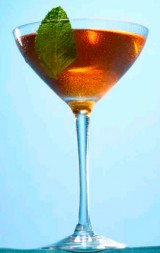 You know (well, if you don’t, I’m about to tell you, and in some ways this is a rhetorical question just to set up the drink we’re going to have as this week’s Friday Night Cocktail) that some drinks get sadly relegated to only being had on very specific occasions – paired in a type of liquid wedlock, if you will – and not enjoyed year round. Take this drink, the Blushing Bride, whose name has led me to only suggesting it be had at weddings and wedding-related events. Which is sad, cause this delicious, multi-base-spirit drink is a treat (and a rarity, in a way, with brandy or Cognac and vodka together), with enough heft to get you through a chillier day (or a long relationship!), but enough fruitiness to make a summer day dawdle by in the best possible way, and then a cuddle of sweet that matches, well, springtime, as it is right now. So, take my advice, and have drinks you like any day of the 365, no matter if they carry a particular daily connection. 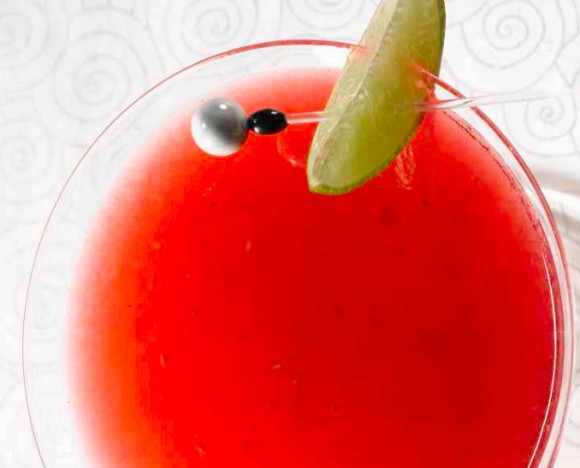 The Blushing Bride, from Dark Spirits

1. Put the raspberries and 2 of the lime wedges into a cocktail shaker. Using a muddler or wooden spoon, muddle well.

3. Strain the mix into a cocktail glass through a fine strainer. Garnish with the remaining lime wedge.

What I’m Drinking: The Foppa

Sometimes, I like to throw ol’ summer a curve ball. Summer, sitting there all hot and sunny and thinking, “I know all the drinks A.J. might make – he’s got nothing on me.” Well, summer, old sweaty pal, let me introduce you to the Foppa, a summer drink (I think it works as one, at least) that uses, you’ll never guess what. C’mon summer, guess! Ah, you’ll never get it – it uses Scotch! Really, and amaretto, and dry vermouth – that sounds like a serious, un-summer cocktail, right? But then, boom, ginger ale, a bunch of ice, and we have ourselves a summer cocktail with Scotch. I guess even summer can learn some new tricks. And you can, too! 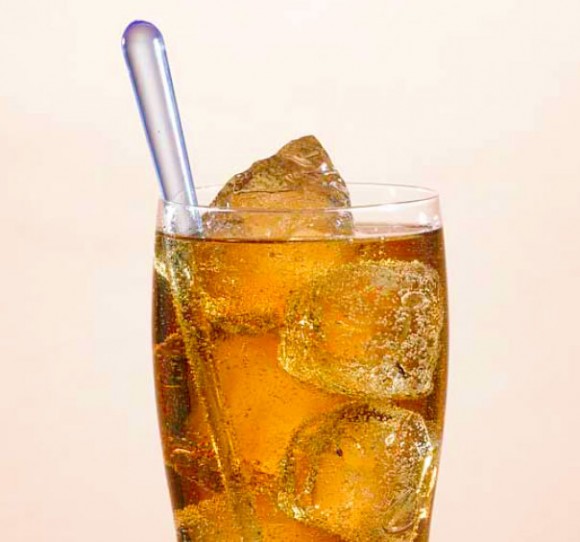 The Foppa (from Dark Spirits)