Drews Brews: We CAN Do It

Editor’s Note: As mentioned on the first Drew’s Brews post, these posts are written by wild and witty Drew Webster, who is a beer expert and who you should listen to if you like A: beer, B: fun, and C: beer. 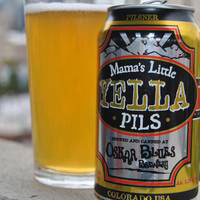 For a long time, it was widely known that cheap beer was served in cans and glass was saved for premium beers. In recent years, however, there has been a role reversal and seemingly something of a can revolution. Aluminum canning has improved with the aid of materials and technology, and the new canning process includes an internal water based coating which actually prevents the beer from ever touching the aluminum and keeps the beer from taking on a metallic taste. There are many benefits to canning craft beer to both the consumer and the brewer. Cans are eco-friendly, easy to pack and carry, they chill faster, and they don’t break in storage. Most important to the beer drinker, canning preserves the purity of taste. Notice how many beer companies will use brown glass bottles to prevent UV light from affecting their beer; canning eliminates the dangers of light damage or oxidation occurring in packaging which means you get a tasty beer–every time (see big can image below for more can info). Craft beer snobs frowned at first when seeing more cans. I suppose something like the way a wine connoisseur feels about a loss of romance with synthetic corks, but it’s caught on in a big way. I personally credit Oskar Blues Brewing Co. for leading the way when they decided to pack their flagship Dales Pale Ale in a can. The concept of putting a big flavorful beer in a can was unheard of before the millennium. Today everyone is getting on board, from coast to coast you can find gold medal winning beers surrounded by aluminum. Some breweries only do cans and draft now.

Craft beers are being canned in 44 states across the US. There are 178 breweries producing 551 brews currently—so many tasty brews, what should you try (Craft Can Count courtesy of craftcans.com). Well, most of my favorite are dark and dirty but seeing as the sun is out it is time for lighter fare. In typical Spiked Punch fashion, Mama’s Little Yellow Pils from Oskar Blues Brewery is what I’m drinking. I love the comedic value of this beer and it may just be the “little yellow pills” my Ma was popping–which would explain a lot about me. This golden yellow beer pours smooth with a thin white foam head. It smells crisp and fresh and tastes the same with an earthy citrus finish and holds a nice balance of bitter but stays smooth with a nice aftertaste. It’s perfect for sipping on a spring afternoon in the sunshine with your feet up. Most American versions of the popular Czech beer are watered down and made with corn and rice but this one is their signature pale malt mixed with special German malts and Saaz hops for a unique American/Czech hybrid you can drink any day of the week. So go try one and join the revolution, you CAN do it! 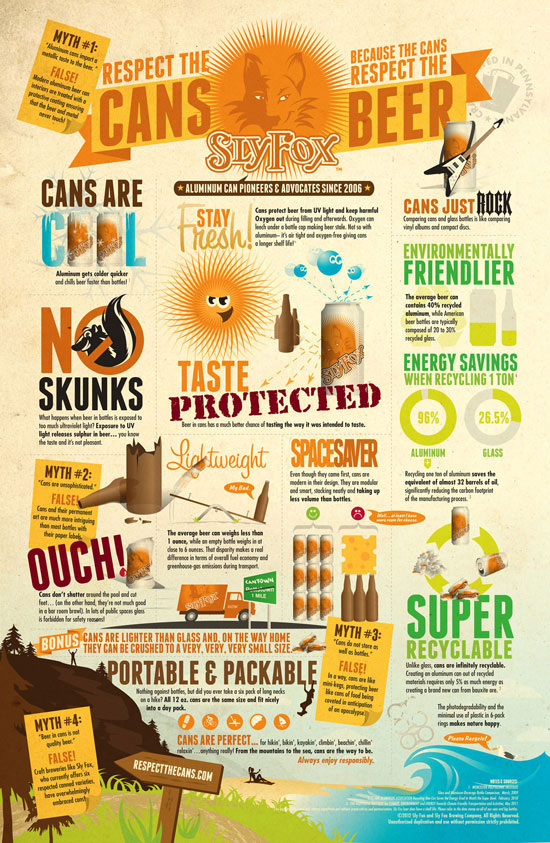