To be fair and up-front and all, let me start by saying that I recently received a selection of Drake’s Spiced Ice in the mail (these things sometimes happen – there is no need to be jealous!). As it’s nearing the end of July, and even up here in Seattle, W-A the sun is blaring (not nearly as bad as in many areas, where I know it’s dangerously hot, so please, be safe pals), and the mercury ticking up, which means it’s hot out, and which also means – what a fantastic time to receive some booze-y delights that are served ice cold! That’s awfully fortuitous.

For some background, Drake’s is a sustainable spirts company making vodka, rums, boxed cocktails, and Spiked Ices, one that started in the Midwest, holds five official certifications (vegan, gluten-free, non-GMO, Kosher, USDA organic – they say they’re the first and only spirit brand with all five, and I have no reason to doubt them), and give a portion of their proceeds to animal welfare orgs – it’s almost like they’re a spirits company I was born to like! 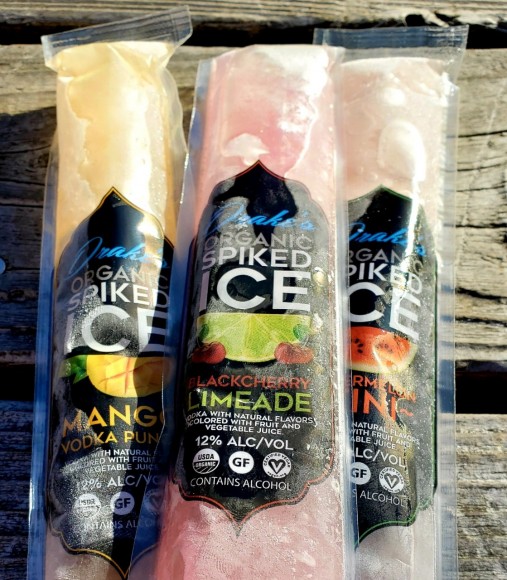 Of course, one can like a company in the abstract, but to like their products (when it comes to spirits companies especially), there’s a little thing called “taste” or “yumminess” that matters quite a bit, too. Which is why I was as excited as I ever get for hot summer days to have it be a hot summer day, because an icy treat such as these should be tasted under the sun to get maximum effect, and I wanted to take the Drake’s Spiked Ice out for a spin to test the taste, and hopefully the sun hasn’t bothered my brain and this all makes sense. Anyway! There are currently three ice pop choices: Mango Vodka Punch, Black Cherry Limeade, and Watermelon Tini. Each boasting a refreshing 12% ABV and only 100 calories (good for shorts and swimsuit season I suppose), while being crafted from USDA Organic fruit juice and Drake’s own organic vodka. I gotta admit: I liked them all. To begin with, they aren’t too sweet, which is a problem with some pre-made frozen and other mixes. That higher ABV gives them a solid kick, like they’re frozen cocktails more in umph factor, skipping the sugar overload. Of the three, the Black Cherry Limeade was my fav, as it had that summery cherry slight sweetness on the front with a real lime tang following. The Mango Vodka Punch was gently mango-y, too, and if you’re a mango nut, you’d probably lean towards it. Our final ice, the Watermelon Tini (admittedly, as you know. I’m not a fan of the “Tini” in a name, but hey, I wasn’t consulted on that) for me had the least fruitiness, but I find watermelon a tricky essence to capture. Could I have ten of these in a row? Probably not without brain freeze! But I certainly enjoyed them as the sun was a’blazing. Could I take these back in time and give ten to a 25-year-old-me and then they could have ten? Probably (if time-travel was available)! Overall, Drake’s Spiked Ices are a icy booze-y treat for a sunshine-y summer’s day, ideal for the backyard, by the pool (or, as in my case, a tin bucket filled with water to put hot feet in), or on the deck. 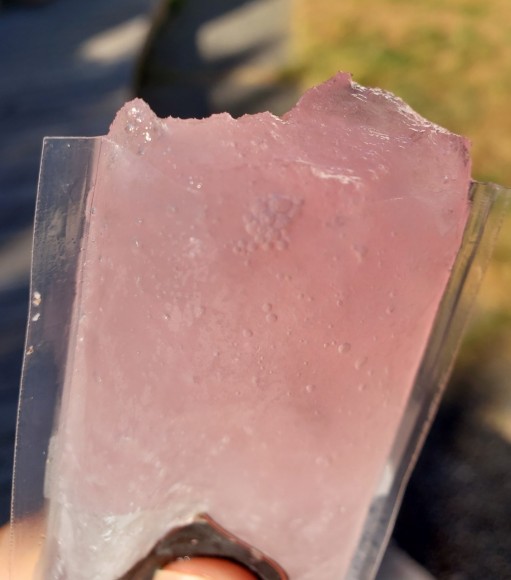 Posted in: vodka, What I'm Drinking