Cocktail Talk: Man On A Leash

Charles Williams, the hard-boiled, pulpy, mystery, thriller-y writer, has shown up on this blog before a few times in Cocktail Talk posts. With good reason, as he’s one of the best 1950s/60s writers in all the genres mentioned. I’m always pretty excited to track down one of his books I haven’t read – his plots are crisp, his language is entertaining and right on, and his characters aren’t afraid of a good drink. Recently, I picked up his book Man on a Leash, which is about a young-ish guy trying to track down what happened to his recently-murdered and very larger-than-life father, and then getting into all kinds of predicaments himself. And having a Bloody Mary or two (not the normal drink, really, for pulp-ish books). Which is the where the first quote below comes from. The second has nothing to do with drinks, but is just a darn sweet quote. I’ve begun quoting it, actually, every day at work.

‘It sounds a little kooky, out here in the sagebrush, but would you believe a rescue at sea?’ She glanced at her watch and stood up. ‘But I’ve got to run. If you’ll stop by when you get through here, I’ll hammer together a couple of Blood Marys and a bit of lunch and tell you about it.’

Brubaker got up and began to pace the office. ‘Jesus Christ, when I think that I could’ve been a pimp or a geek in a sideshow, biting the heads off chickens!

— Charles Williams, Man on a Leash 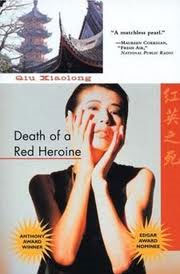