Some sad days, you look at your liqueur shelves and can’t find a thing to drink. Sometimes, this drives you to trying some new liqueurs or spirits. Sometimes, it sends you to searching other shelves and you end up trapped in a cabinet. When you find a stash of cardamom seeds in the corner of said cabinet then you end up making a cardamom liqueur (this has happened to you, right? It’s not just me. Tell me it’s not just me). When the cardamom liqueur actually turns out to be pretty darn intriguing and not bad in taste, it makes all that time trapped in cabinets worthwhile. Especially if you have a pal who then makes a good drink with the liqueur. But I’m getting ahead of myself. First, the cardamom liqueur. I call it Stella di Cardamomo, which speaks to me missing Italy and being oh so fancy. In the bottle, if looking really really closely and squinting, it looks like this: 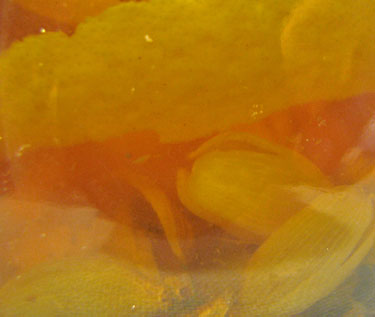 The taste was and is (I haven’t had every last drop—yet) a bit flowery and with tons of aroma and hints of citrus, but with a kick at the end. Somewhat like one of those early days of spring that end with chilly temperatures when you’ve worn a shorts and a t-shirt combo. But you aren’t too cold cause you have someone to cuddle with. Like that. If you enjoy that sensation, and like cardamom (and let’s hope you do), then the recipe goes like this:

2 full orange peels (so, the peels from two oranges, with as little pith as possible)

1. Using a mortar and pestle, slightly bash up the cardamom and the fennel. Then add them to a large glass container that has a secure lid.

2. Add the orange peels to the container, and knock them around (just a smidge) with the cardamom and fennel.

3. Add the vodka to the container, give it a swirl or two, and then seal and place in a place that’s away from the sun. Let it sit two weeks, swirling occasionally.

4. Add the agave syrup to the container (by the by, agave is healthy. So, this has now become a healthy drink), stir, seal, and place back wherever it was before. Let sit two week, swirling occasionally.

5. Strain through cheesecloth, at least twice—until it’s clear. Store in a nice bottle and use in the Old Mom (which I’m about to talk about).

Now, back to the pal and the drink. So, I gave a little Stella di Cardamomo to my pal Emi (check this past post for a pic of her Raspberry Gin Fizz) and she whipped up an absolutely divine drink with it, a variation of sorts on the classic Old Fashioned. Yeah, I know, artsy, but the liqueur itself is artsy, and bringing the old and new boozes together is a good thing and worth praise. She went about making her new cocktail by testing this and that until she ended with this recipe:

1. Add a few ice cubes to an Old Fashioned or relatable glass. Add the whiskey (not sure which type she used—maybe she’ll let us know in the comments. Though she is quite busy), Stella di Cardamomo, simple syrup, and bitters. Stir well.

Okay, I think that’s how she went about it at least. There may have been a slightly different way about things, but I think that the above instructions would serve you pretty well. You could also shake everything and then strain it over a couple ice cubes, depending on how much time you have and how much exercise you need. But your results may not be quite as lovely as in this picture (also taken by Emi): 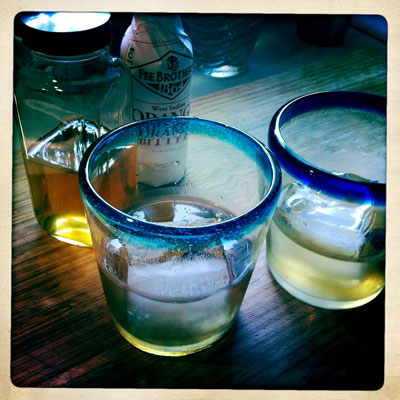 And that, adventuresome ones, is a long blog post about both a new liqueur and a new drink. One of the most wonderful things ever, perhaps.

PS: If there are any liqueur companies reading this that now want to make and sell Stella di Cardamomo, please email me now. 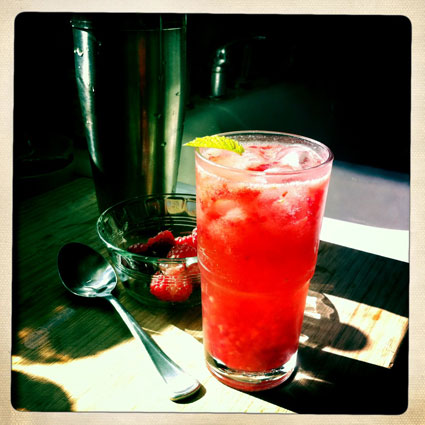 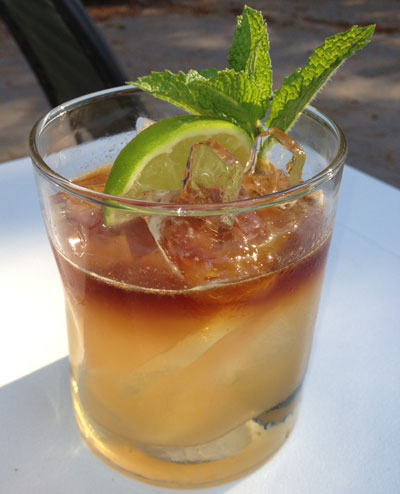