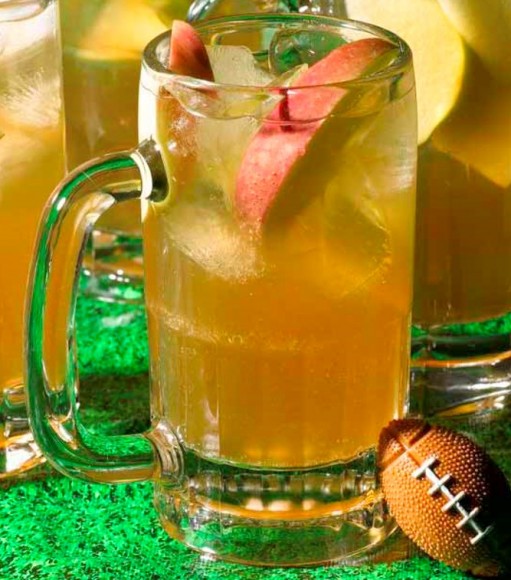 Are You Ready for Some Football Punch? And Some Quesadillas for that Matter?

Okay, I can admit it, I’m not the world’s most in-depth sports fan. I don’t have 10 fantasy leagues (or even one), and mostly I like Super Bowl parties because I see it as a day when I can eat as much cheese dip and snacks as I want to and not have anyone say “boo” about it. But darnit, even if you’re not an over-the-top sports fan, you should still be able to consume an above-average punch on the day of the big game. On any day, for that matter. And Football Punch is more than above average (it’s way, way, above, I tell ya), with a mingling of rum, sweet vermouth, and apples with a touch of orange and lemon. Just watch the effect it has on pals Jamie, Rob, Brett, Andy, and Bob in the below instructional video. And be sure to check out my socks. And then thank director and co-writer Dr. Gonzo for me by giving him another glass of punch.

Though I usually stick to the boozing here on Spiked Punch, I also wanted to put up this new vid for Monterey Cremini Quesadillas (from the Party Snacks), cause I sure don’t want you to starve while sloshing back all the Football Punch. These tasty tidbits will make you hum. Or cheer. Or hum cheerfully. Or, at least, be amazed at how I can speed up and slow down time. Really.