What I’m Drinking: The Whiskey Sour

Fall officially starts in three days, and I can feel it (this happens when you get to be my age – it could also just be a good thing to say) deep inside. And what does one sip when the fall is about to start and you can feel it, and winter behind it, always, coming? Well, a Whiskey Sour seems like a good choice, with that heft of whiskey and the citrus zing underneath, and then an echo of sweet (to remind you and spring, also always, follows winter). At least that’s the route I’m running today! 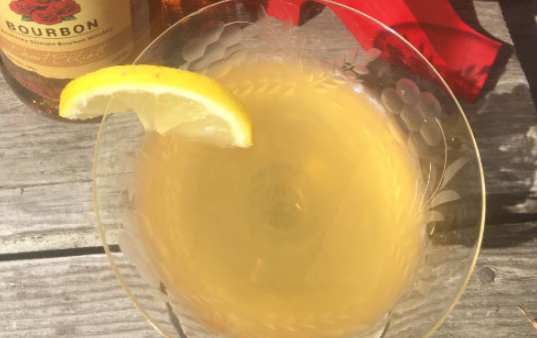 2. Strain through a fine strainer into a cocktail glass. Garnish with a lemon slice.

Did you know, National Whiskey Sour day is the 29th of this very month? Knowing you, you may already know this, but if not – how awesome if that? I believe that, as every day has a sunrise and sunset, every day in the modern world is the celebration of something. Today might be National Striped Sock day (which would also be awesome – I love striped socks). I’m all for these celebrations, cause then there is just an endless number of reasons to pal up with pals and start celebrating! Woo-hoo-you! And really, the Whiskey Sour deserves a day – I mean, it goes back to the 1800s (who knowns exactly when? Not me), and its basic formula of booze, citrus, sweet is the bedrock of at least 1,564,348 drinks, and probably more. Sometimes, there’s the extra addition of some egg white, but today, in honor of purity and because I’m out of eggs, I’m making it in middle-of-the-road style. And, I’m making it with Four Roses bourbon, because roses are celebratory (I wrote more about Four Roses in an earlier post – check it out!), and because its apple-caramel flavor (with a little nutty and oak-y happening, too), and slight spice finish, are a fine pick for a nice, solid, regular, wonderful Whiskey Sour. Which is a mighty fine way to celebrate. 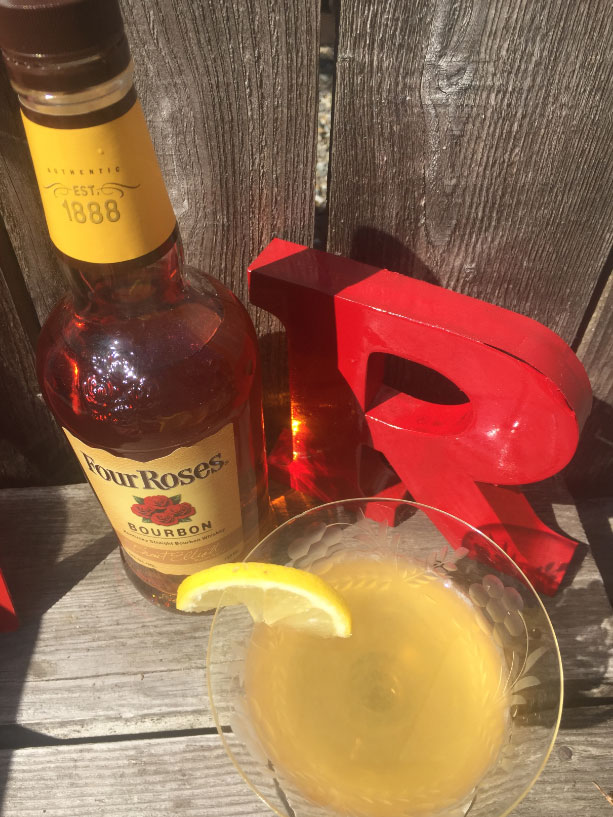 2. Strain through a fine strainer into a cocktail glass. Garnish with a lemon slice.

What I’m Drinking: A Mint Julep with Four Roses Bourbon

Hey, the Kentucky Derby is tomorrow! I’m guessing you have your hat and outfit picked out, and that you’ve slaved over the list of horses racing in the big race, and are ready to make your pick, place your bets, show off your hat, and eat your Derby pie. But do you have the right Mint Julep makings ready? I sure do, cause that’s what I’ll be having tomorrow. And this year, I’ll be using Four Roses Single Barrel bourbon in it, and feeling pretty awesome about the idea (I did get a bottle in the mail – don’t be jealous). It’s a fine, fine sipping whiskey, with some rich, smooth flavors and aromas: fruits, spices, hints of maple syrup. I nearly feel bad about having it in a drink! Except that it makes such a darn good julep!

Four Roses also has a good story – and every drink is better with a good story. It starts with founder Paul Jones, Jr., who was enthralled by a particularly beautiful Southern girl, and so sent her a proposal of marriage. She replied that if her answer to him was yes, he’d be able to tell because she’d be adorned with a corsage of roses at an upcoming ball. She showed up with a corsage of four red roses, and his love for her was so great, he named his whiskey after those roses. Add telling that story to your Derby traditions! 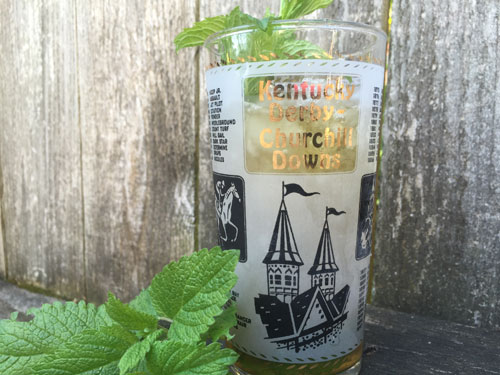 3. Fill the glass halfway with crushed ice. Add the bourbon. Stir until the glass gets chilly.

A Note: To be traditional, you must crush the ice in a cloth bag. But if this is too much work, just start with crushed or cracked ice.

A Quote: “A Mint Julep is not the process of a formula. It is a ceremony and must be performed by a gentleman possessing a true sense of the artistic, a deep reverence for the ingredients, and a proper appreciation of the occasion.” –S.B. Buckner, Jr. in a letter to General Connor, 1937.