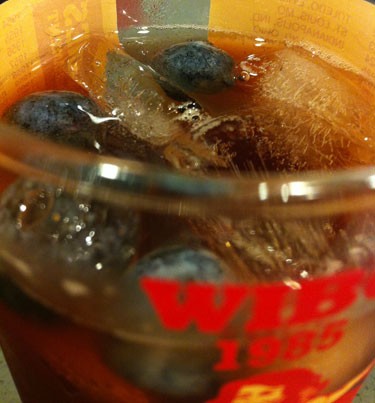 I am not, as stated in other places, a medical doctor. Neither am I Doctor Johnny Fever. I do know that according to many many old wives, an apple a day keeps the doctor away, however. I am not trying to sew discord between old wives and doctors, either, but am saying that even if a true doctor wouldn’t prescribe this drink, the fact that it contains apple cider means that it does, according to old wives, have some medicinal properties. Oh, it has rum, too, which many folks once thought was healthy, unless it was being forced on you by pirates. If that wasn’t enough for you to realize the healing factor of this drink, let me add that its third ingredient is Sidetrack Distillery Nocino, the finest Nocino made outside of Italy. Nocino, if you need to know, is a green-walnut liqueur, well and famous in the Emilia-Romagna region of Italy. And everyone knows that walnuts are healthy. Maybe doctors really would order this, after all. At least Doctor Fever would. 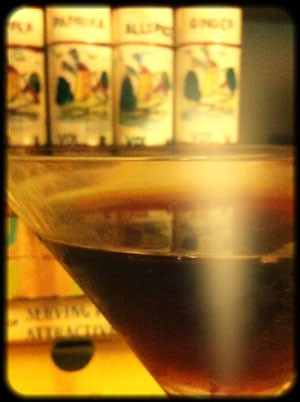