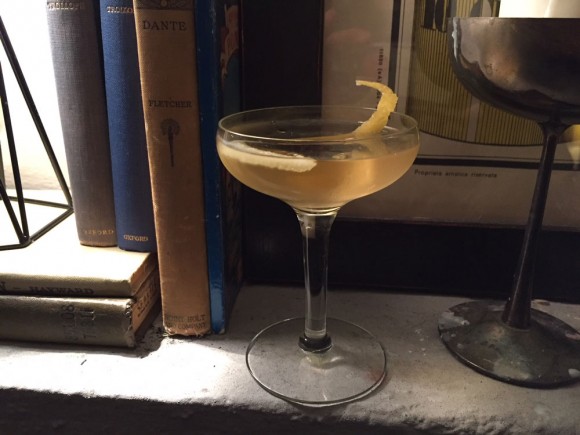 Obviously, Alfred Hitchcock was the tops. Movies, television, and being an overall memorable figure, today, we sometimes forget that he also edited a host of anthology horror and mystery books. How much did he actually have to do with them? Heck, I’m saying a lot, but he was a famous figure, and you know how that goes. Doesn’t matter one way or another to me though – I have a couple of these little pocket-sized collections, and keep my eyes open for more. Recently, I grabbed another one called Bar the Doors, which contains “thirteen superlative tales” selected, as it says, by Alfred himself. One of those is a sea-going yarn called “The Upper Berth,” by F. Marion Crawford – more a ghost or creature feature, it mostly takes place on a ship you wouldn’t want to voyage upon. It was a favorite of mine in the book, as well as having a whisky cocktail and a sherry scene with a great name in it.

“One hundred and five, lower berth,” said I, in the businesslike tone peculiar to men who think no more of crossing the Atlantic than taking a whisky cocktail at downtown Delmonico’s.

The steward took my portmanteau and greatcoat. I shall never forget the expression of his face. Not that he turned pale. It is maintained by the most eminent divines that some miracles cannot change the course of nature. I have no hesitation in saying that he did not turn pale; but, from his expression, I judged that he was either about to shed tears, to sneeze, or to drop my portmanteau. As the latter contained two bottled of particularly fine old sherry presented to me for my voyage by my old friend Snigginson van Pickyns, I felt extremely nervous.