What I’m Drinking: The Blue Riband

Don’t yell at me. Usually I stay away from blue curaçao, because it’s only blue due to some chemical additions, and not the addition of some secret herb only found hidden in the jungle. But here, it’s balanced out by true orange curaçao. And this drink tastes awesome, so screw it, blue curaçao. Also, I’ve heard this drink was created for an award given to the liner making the fastest Atlantic crossing; variously held by British, French, German, and U.S. ships. So, get out your white admiral’s yachting cap and white trousers for this one, friends. 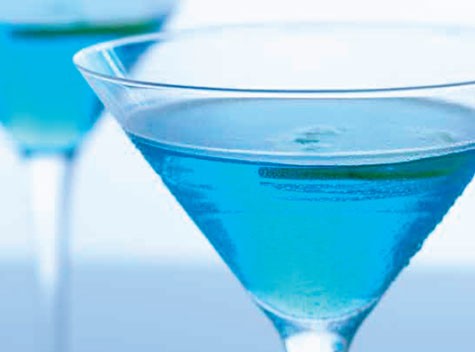 The Blue Riband (from Ginger Bliss and the Violet Fizz)

2. Strain into a cocktail glass. Garnish with the lemon slice if that will make your voyage more enjoyable. And it will.