Get Your Ruff-Ruff On With the Rory Cocktail

Okay, this video (directed by my pal Dr. Gonzo and posted via the fine fine folks at How2Heroes) for the Rory cocktail is a bit old, but dang, I’ve been busy. Cleaning up after this drink’s namesake mostly. Which leads to why I’m posting this now, in a round-the-tree-kind-of-a-way, because I feel awful that I haven’t posted a picture of our awfully cute new(ish) puppy, Rory, yet, who if you didn’t pick it up in the earlier sentence, this drink was named after. He’s an awesome little fella (though people seem to be taking issue with my calling him “little” as he’s pretty tall already), and loves to go over and lick the bottles nearest to the ground on the liquor shelves (gawd bless him–he fits in the family). But here, check him out your-own-self: 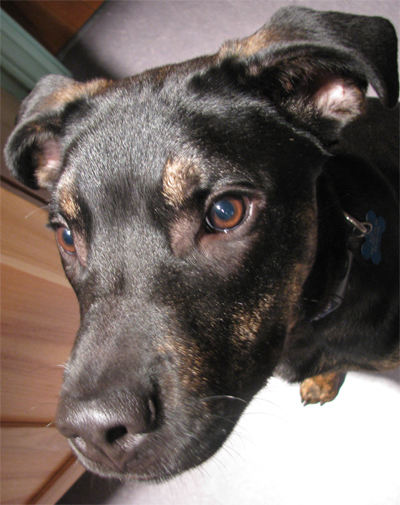 To make the drink (which is a delish after-dinner treat, and would be good on Valentine’s Day as well) you will have to whip up some Chocolate Cream Liqueur, but that’s not much more that the flick of a blender’s “on” switch (here’s a video to tell you how to make it). And the results are going to make you bark–in a very happy way (I would have said “purr” but hey, I ain’t a cat person. Or, well, at least, don’t have cats. But have nothing against cats. But like dogs better. Oh, forget about it and watch the video).