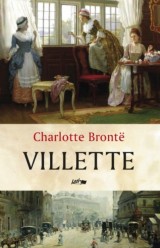 Charlotte Brontë’s third published novel isn’t rampant with cocktailing (more focused on life in a boarding school in a bustling French town), but it is brilliantly fun to read for the precise and flourishing prose, and for the following quote, which I think delves perfectly into the aroma, and nature, of whiskey:

“A heated stove made the air of this room oppressive; and, to mend matters, it was scented with an odor rather strong than delicate: a perfume, indeed, altogether surprising and unexpected under the circumstances, being like the combination of smoke with some spirituous essence–a smell, in short, of whiskey.”