I’ll admit, usually when doing infusions of any kind (and they are usually Luscious Liqueurs), I tend to do my own, pick the fruit and herbs (or pick up the phone and order them), all that. However! Only someone very silly doesn’t try anything new, and so when I recently heard about this cool company called InBooze (what an awesome name!) run by a cocktail-loving mother of four who wants to make it easier for people to have swell cocktails, well, I wanted to give it a whirl. So, I ordered the Caribbean Rum Punch alcohol infusion kit, and it was not only super fun, but also really tasty! It starts with this pouch of goodness: 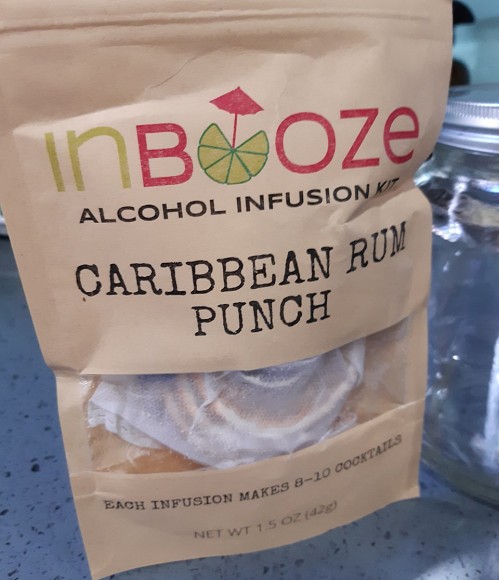 which for this recipe contained a host of delectables in a little cheesecloth-y bag, including dehydrated pineapple, oranges, Michigan cherries, and limes, and also contained some bitters-infused cane sugar cubes. You just place it all in a Mason jar, or (in my case here, a big glass container): 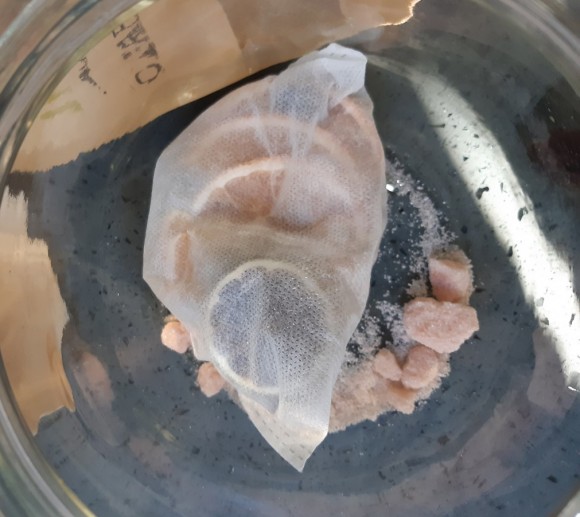 and then you add rum (I went with white rum cause I had a bottle at hand, but you could use dark rum – which I think I’ll try next time! – or even spiced rum, but I might be wary of that, as the flavors here are tasty already): 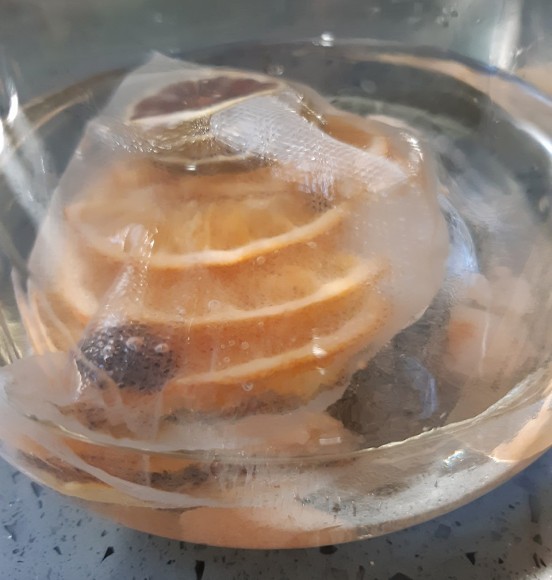 and then seal it up, and store it in a cool, dark place for at least three days, giving it a little swirl now and then to make sure all is covered by rum, and so it knows you care about it! After that, you just remove the bag, and you’re ready for island-style drinking. She suggests adding a couple ounces of the mix to a lemon-lime soda, Fresca, or pineapple-flavored sparking water. I tend to stay away from sweetened sodas in drinks (outside of ginger ale!), cause they are, well, a bit too saccharine in the main for me. You do what’s best for you! I actually liked the infused booze all on its own, and suggest trying that, though it’s got a kick of course. I had a sip or two that way (with some pals, at a distance, natch), and then tried it with just soda and loved it. Super for summer, friends. Another suggestion from InBooze is garnishing with an orange or pineapple, and that seems perfect, though I had to go with lemon (I’m not sure how I was unstocked, but it happens), which also added a nice citrus burst, and mint, which felt punch-y! Overall, a flavorful, rummy charmer that I’m glad I tried. And I’m excited to try more InBooze creations – you should too! 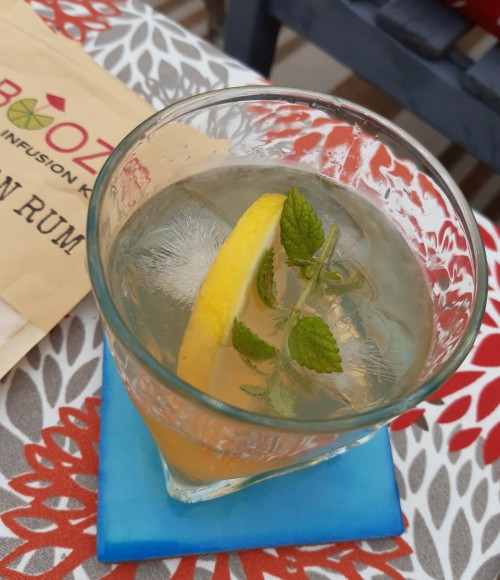