What I’m Drinking: The Bowling Roberto

There are nights when inspiration hits like lightening, or like a very fast snake on the prowl, or like bowling ball dropped off a tall, tall building. On nights like that, you, if you’re like me, realize that if you subbed Ancho Reyes (the ancho chile liqueur, which I go much deeper into in the recipe for the Summer Near Puebla, if you missed it) for sweet vermouth in a Bobby Burns, you’d have a drink of genius. Of genius! Especially if you perhaps twisted the proportions just a little, and then added a dash of Peychaud’s bitters, and served it over a giant piece of ice. Double genius! Don’t believe me? Try the below recipe, as you watch for lightening, snakes, and falling bowling balls. After one sip, you’ll realize how lucky you are and forget all the rest of that stuff.

Oh, one thing. I used Speyburn 10 year old Scotch here. Its slight fruitiness and balance and friendliness make it a good match. It’s also not super expensive, so you won’t feel bad mixing it up with other powerful personalities. 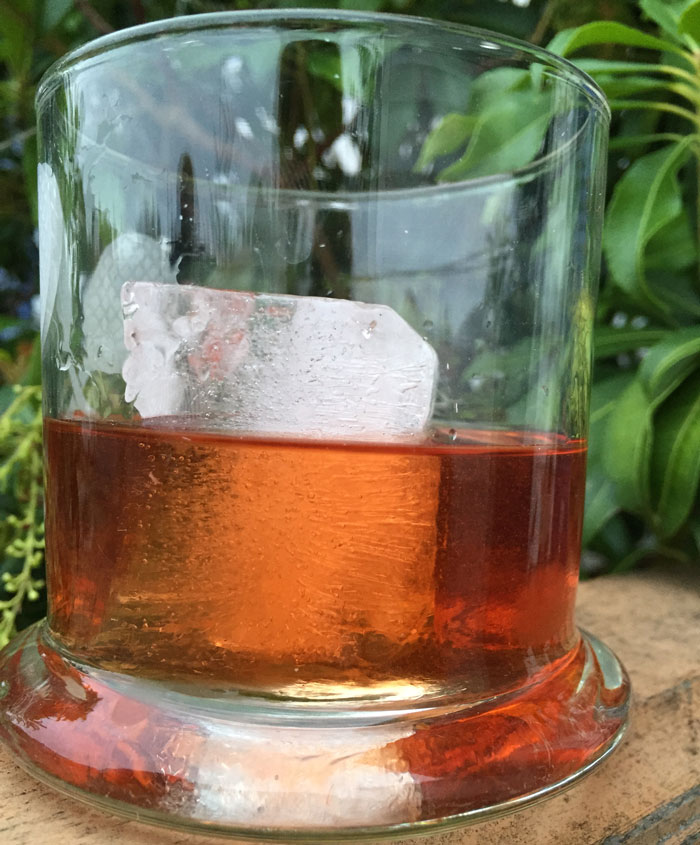 1. Fill a cocktail shaker halfway full of cracked ice. Add everything but the second piece of ice. Stir well.

2. Add a big piece of ice to an Old Fashioned or such glass. Strain the mix over the ice.