Here’s a hit for all the fall lovers in the house, those who like nothing better than sweater weather, who dream of hay-rack rides, fresh apples, and crisp days and nights. Why, you ask? Well, because it features an applicious produce: cider! Or, here, cidre, specifically Louis Raison’s Rouge Delice cidre, made from bittersweet and Rouge Delice apples in France, by the Raison family (who’ve been making it since 1923). You could sub in another cider, or cidre, from France or here (here for me being WA), or other spots, but if you do, get one that has a hint of sweetness, but isn’t overly sweet (yucky). This one here has a swell floral, apple, essence which goes so well (surprisingly well? You be the judge!) with the smoky, rich, vegetal-ness of mezcal, specifically Montelobos Mezcal Jovan. Especially when it’s spiced up a bit (it is getting colder, and a little heat is always nice when that happens) via dandy and delicious ancho chile liqueur Ancho Reyes. Add a dash of The Bitter Housewife Aromatic bitters (bitters make life better pals, and this one delivers a cherry, ginger, spice, bitterness) and a smooch of lime and bam, you’re set for fall frolicking.

2. Add a big ice cube (or a few pretty big ice cubes) to an Old Fashioned or comparable glass. Strain the mix from above into the glass.

PS: Want to learn a bit more about Montelobos Mezcal Jovan, check out the Fire on Popocatépetl cocktai, which is, if I can say it, amazing. 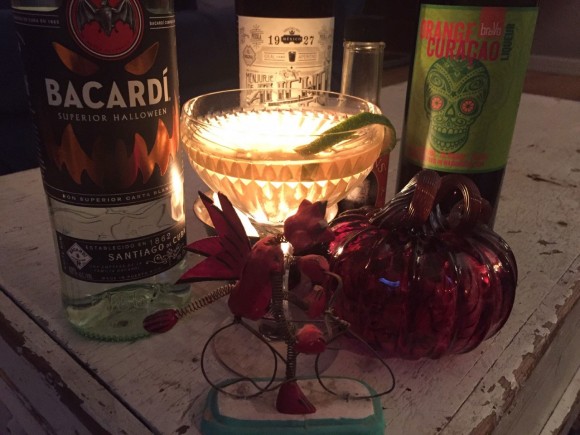 What I’m Drinking: Summer Near Puebla

So, it’s September I suppose, and like the very earth itself I can sense the approaching Fall in my bones, and in my drinks too – though admittedly, I’m still leaning in those drinks towards summer-ish mixers. But the drinks know the weather is changing! And the drinks themselves are changing, with new ingredients showing up on my shelves (which are sturdy, I must say). A recent addition which I’d been pining for, and which is now almost in need of restocking, is Ancho Reyes. A lovely, perhaps the lovely, chile liqueur, made of course from Ancho chilies. If you haven’t yet had the pleasure of trying it, I can hear you, in my mind, muttering to yourself about how most spice-ily flavored booze-y items are either just freaky hot or taste like chemical fire. Hold on to your chairs, though – Ancho Reyes is different. Full-bodied, rich, holding an underlying spice that isn’t bite-y, but flavorful, with cinnamon, chocolate, fruit, and herbs mingling with the chili, Ancho Reyes is to be savored, solo or in cocktails.

And savoring it is what we’ve been doing, here at the home bar, as the weather begins to think about changing. I’ve made a number of cocktails with it, but Summer Near Puebla, the cocktail below, is ideal for this time of year – still refreshing in a summer way, but with enough flavor and umph to fortify you for the following fall and winter-y months. And the taste! I am going to be a little obvious here (I mean, Ancho Reyes is made in Puebla, Mexico, from local chilies, in a handcrafted manner that’s rather swell, and award-winning Vida Mezcal, another key ingredient here, is from San Luis del Rio), but this drink goes awfully well with Mexican food. Or by itself, as you soak in some of that sunshine while you can. 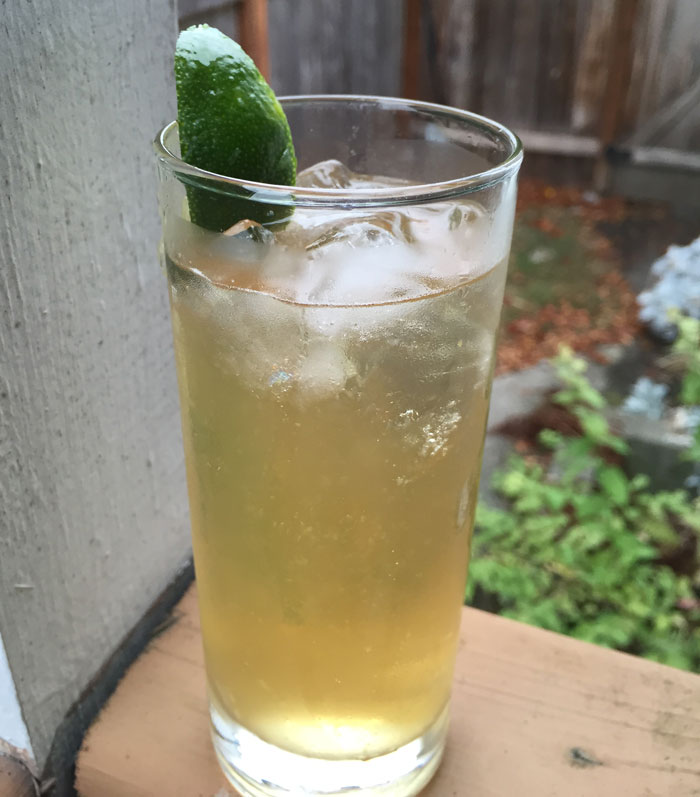 2. Fill a highball or comparable glass three-quarters up with cracked ice. Strain the mix into the glass.

3. Top it off with the club soda. Stir briefly. Garnish with a lime wedge.