If you’re a regular reader (and I know that you are) of the Spiked Punch, you know that for a while there we had a fairly consistent column written by a guy named Drew, said columns being all about beer. Drew’s Brews, they were called, and it was nice to give some beer time here. Sadly, Drew’s moving and shaking and such, and while hopefully he’ll do a few more posts in the future, well, I can’t actually predict the future. In his honor though, here’s a short post about beer. Specifically, about a beer I had here in Seattle last week at Chuck’s, which is a crazy beer haven (that used to be a really porny convenience store). The beer was from the Southern Tier Brewing Company, and was a Crème Brûlée. Seriously. I guess the actual varietal would be “Imperial Milk Stout,” but I believe it should fall into a category you don’t hear about a lot: dessert beers. It had an incredible crème brûlée aroma and a whole passel of vanilla, caramel, and burnt sugar flavors. If I remember correctly, at the time I said it was “weirdly tasty” and I stand by that account. If you get a chance, and if you’re an adventuresome drinker, I strongly suggest keeping an eye out for it. And when you get a pint, pair it up with some creamy dessert. Dreamy, man, dreamy. 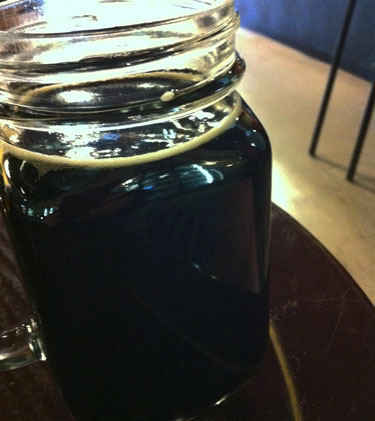