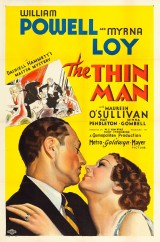 We’ve had a small handful of delectable Dashiell Hammett Cocktail Talks here on the Spiked Punch, but probably not near as many as he deserves, being one of the undeniable pulp greats and all that. Perhaps he’s so in the firmament that it’s almost like all the Cocktail Talks of his are already known? Or perhaps I’m just behind on my Hammett-ing? Could be! But I recently read (behind on this, too), the Giant Collection of the Continental Op, which is downright demanded for any pulp-er. Most of the stories were originally printed in the legendary Black Mask magazine, and really show Mr. Hammett figuring out his style, the character, and things like pace and place – just things that would help define the genre, no biggie. The stories take the un-named protagonist hither and yonder, too, including for a spell at least down Tijuana way in the story called “The Golden Horseshoe,” where the Op tracks an English fella, and when he finds him, gets down to some serious drinking and Cocktail Talking:

He brought in a bottle of Black and White, a siphon and some glasses, and we settled down to drinking. When that bottle was empty there was another to take its place. We drank and talked, drank and talked, and each of us pretended to be drunker than he really was – though before long we were both as full as a pair of goats.

It was a drinking contest, pure and simple. He was trying to drink me into a pulp – a pulp that would easily give up all of its secrets – and I was trying the same game on him.