Our third Orley Farm Cocktail Talk revisits a character introduced in Part II (for more on the overall book, see Part I, and for more Trollopean fun, see all past Anthony Trollope Cocktail Talks), traveling salesman for Hubbles and Grease, Mr. Moulder. In this quote, we find our rotund commercial traveler at home for Christmas celebrations, where he and his missus are hosting a few others for a big feast, and where Mr. Moulder is talking of the liquid possibilities for the day, specifically brandy and a special whiskey,

And then, as for drink, —”tipple,” as Mr. Moulder sportively was accustomed to name it among his friends, he opined that he was not altogether behind the mark in that respect. “He had got some brandy—he didn’t care what anybody might say about Cognac and eau de vie; but the brandy which he had got from Betts’ private establishment seventeen years ago, for richness of flavour and fullness of strength, would beat any French article that anybody in the city could show. That at least was his idea. If anybody didn’t like it, they needn’t take it. There was whisky that would make your hair stand on end.” So said Mr. Moulder, and I can believe him; for it has made my hair stand on end merely to see other people drinking it.

Welcome to the second part of our tipsy tour through the Anthony Trollope novel Orley Farm (don’t miss Part I, or any of the past Anthony Trollope Cocktail Talks). In the first part, I chatted a smidge about the novel itself, and where it slots into my own personal Trollope-verse, if you will. One thing I didn’t mention there, however, is perhaps my top character in the book, a commercial traveler (or traveling salesman, if you will), named Mr, Moulder, a lover of food and drink and a representative of the fine old firm of Hubbles and Grease, purveyors of find coffee, tea, and brandy. Randomly showing up when one of the novel’s major players stops at a fine old English inn, The Bull, Mr. Moulder shows up again, and I was happier for it. But the below quote (they’ll be more from our Mr. Moulder) is in his introduction graph, and gives a nice view into him, if you will.

He wore no beard, and therefore showed plainly the triple bagging of his fat chin. In spite of his overwhelming fatness, there was something in his face that was masterful and almost vicious. His body had been overcome by eating, but not as yet his spirit—one would be inclined to say. This was Mr. Moulder, well known on the road as being in the grocery and spirit line; a pushing man, who understood his business, and was well trusted by his firm in spite of his habitual intemperance. What did the firm care whether or no he killed himself by eating and drinking? He sold his goods, collected his money, and made his remittances. If he got drunk at night that was nothing to them, seeing that he always did his quota of work the next day. But Mr. Moulder did not get drunk. His brandy and water went into his blood, and into his eyes, and into his feet, and into his hands, —but not into his brain. 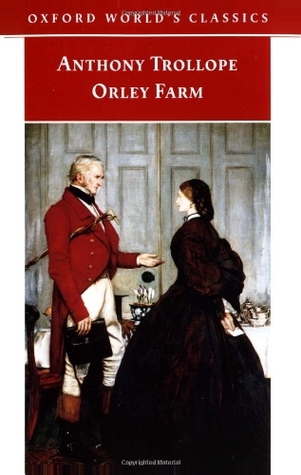