We (wife Nat and I, that is) were recently in lovely England for a wedding – our friends Becs and Drew (who wrote a number of dandy Drew’s Brews columns for this very site) got hitched down in Falmouth, Cornwall. Since we were down in that beautiful part of the world, we stayed on for a while after the wedding, in a spot near Port Isaac, where Doc Martin is filmed. Yes, I am square. While in the English countryside, we saw many amazing vistas, caught up on some history, drove on some very tight roads, ate a host of tasty meals, and sampled a fair number of  real, or cask ales. Though this site is usually about cocktails and spirits, I also (don’t gasp) like the ales, lagers, stouts, and general beers. Which meant that our English beer-cation was right up my alley. And so I thought I’d highlight a couple favorites. Out first hit, which to be honest was a hit for many days, was the award-winning Tribute Cornish pale ale, from St. Austell brewery. It’s made (I discovered) from 100% Cornish Gold Malt, and has a biscuity, malty flavor, with hints of citrus: 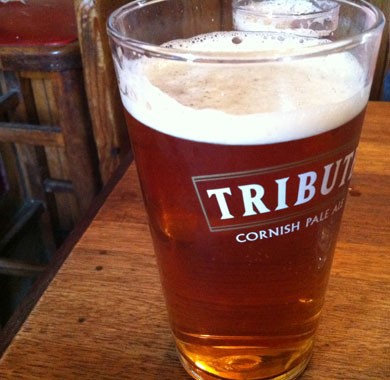 I also had a few Proper Jobs, which was a favorite of Becs and Drew that they suggested we try. It was a good suggestion. Also from the St. Austell brewery, it’s a hoppy hoppy IPA with the right amount of bitterness: 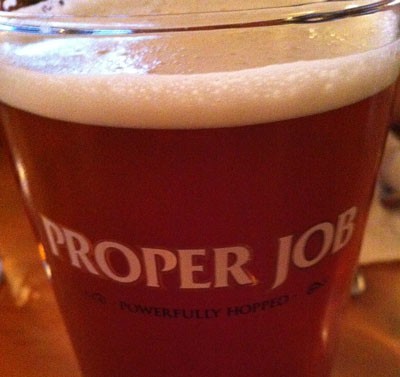 We went to a lot of dandy pubs (most of which not only have intriguing beers, but really better-than-expected food, too), including the Blisland Inn, which is owned by a fella nicknamed King Buddha, and he has his own beer only available there (I think), the King Buddha Blisland Special from Sharp’s brewery, which I was happy to try. It also had a great English ale taste, a stitch bitter, and was a good accompaniment to a hearty lunch: 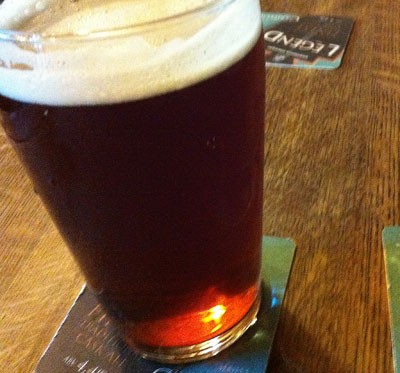 Eventually, we found our way to London, at which time we moved into the Fuller’s family of beer. Both because it’s Nat’s last name and because Fuller’s Ales are darn fine, especially the classic London Pride, which is smooth, creamy, malty, and wonderful: 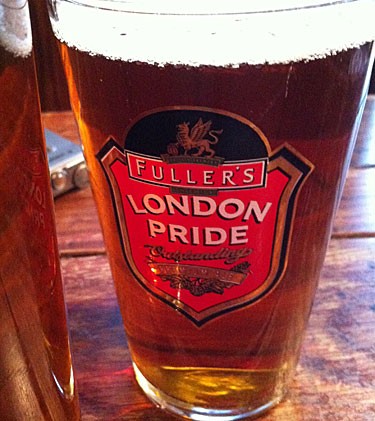 Now, get yourself over to the U.K. and have your own beer-cation.

Posted in: Bars, beer, Drinks on the Road