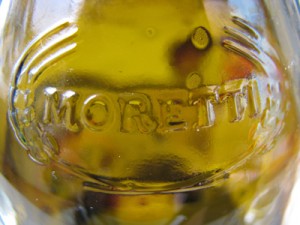 See, friends, due to these Italian blog posts running a little long, I can only muster one a week. No, that’s weak. It’s really cause I’m lazy. Or, just trying to get the photos together makes me so sad I’m not still in Italy that I can hardly type. Or, at least, not type hardily. You get the picture, my bubbling glasses of prosecco. Or Moretti, as, truth be told, I consumed a fair amount of Italian beer (as did my co-travelers), because, well I love it, and because after touristing all day, sometimes there’s nothing better. And if that wasn’t good enough, in Florence, a cold one tastes even better than that.

Ah, Florence, how I love thee. Or, in Italian, “come amo il thee.” Either way, Florence is one of my favorite cities. The art, the architecture, the cuisina, the effervescence, pals Caterina, Emanuele, and Emiliano, and just walking the twisty lanes–all equaling total Italian city awesomeness. This trip, wife Nat and I even upped the awesomeness ante by checking our bags and finding our beds at the luscious Hotel Lungarno (it was my 40th b-day trip after all, so I had to splurge a little with my euros). Artistic just on its own, while still being friendly and comfortable (biggest bathtubs of any hotel I’ve stayed in–Ed Skoog and I could have both fit at once I think), the Lungarno is well worth the price, and the views from Nat and I’s balcony were phenomenal. But don’t take my few bumbling words for it, check out this photo taken from said balcony on a day when the clouds and sun were both struggling for control of the sky (the sun won this time, eventually): 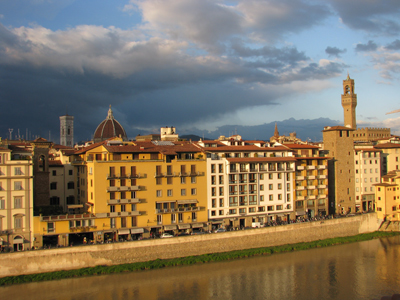 The Lungarno also had a sweetly stylish bar/common area, where we hung out one night before dinner with pals Stereolad, Schticker girl, Andyo, and Deenayo (all of who were nice enough to meet us in Florence, then hang with us in Italy for a bit) and had that perfect Italian invention, the pre-dinner aperitif. I had a Negroni (which is natural in Florence), but forgot to take a pic. Stereolad and Andyo had some aperitifs which came with inspired fresh fruit salad garnishes: 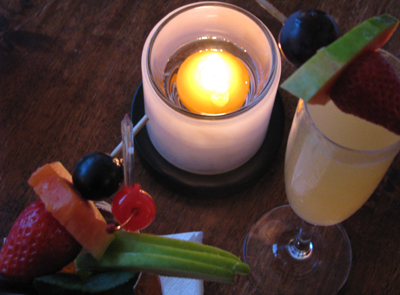 We all had dinner one night a little outside the center historic area, traveling closer to where aforementioned 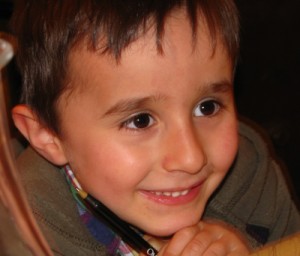 Florentine friends Caterina, Emanuele, and Emiliano (check out his cute mug in the picture–oodles of liveliness and got over our talking funny quick), live, to Le Carceri, a ristorante and pizzeria that’s next to an old prison (not in use anymore–no matter that some think I should maybe spend a night behind bars for good measure). I had a creamy-cheese-and-mushroom-tastic Sformato di Fungi Porcini con Fonduta di Formaggi for starters, and basic-but-beautiful Penne Quatro Formaggio (that’s right yo–mac-and-cheese for the Kansan). But, interestingly, my favorite pics of the night came from pal Stereolad’s giant hunk of meat, so vegetarians, consider this your:

**Big Meat Pictures Comin’–Skip Next Two Photos If You Can’t Take It!!**

alert. His dish was out of hand, and smelled pretty lush (the caramelized onion smell is hard to not be entranced by) and from all reports tasted even better. The name matches the smell (hah!) and also rules: Stinco di Maile Al Forno: roast shank of pork with red onions. Whoa: 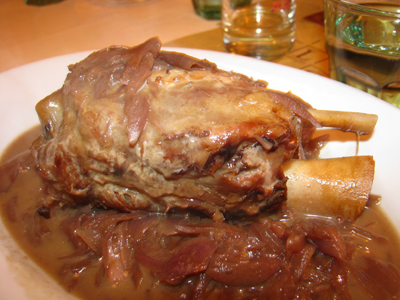 And Sterolad, with a little help from Andyo (and maybe even a bite taken by Deenayo) went all TCB on it: 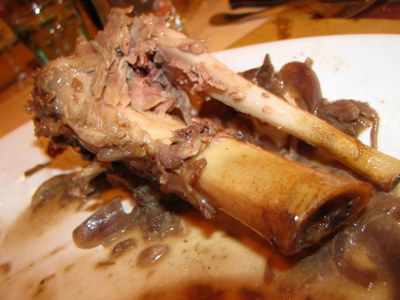 To wash that down, it takes a bunch of bubbles, even on into the next day. Which meant that after walking all over the Giardino di Boboli, or Boboli Gardens (a gianormous garden full of sculptures, fountains, hills, trees, and cats behind the Pitti Palace) we parked it at one of the outdoor tables in Piazza Spirito and threw down some of the nasty, Nastro Azzurro, which is another beer that became a group favorite. Notice, also, in the below picture that thick wood tray–Andyo and Deenayo’s plate o’ salumi came out riding on that: 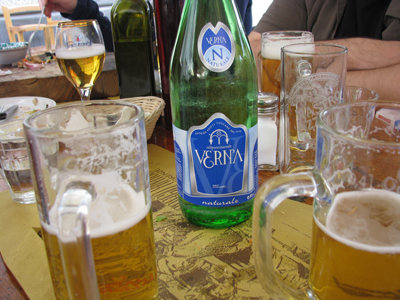 As this is already getting too long, let me sing for just a few more seconds about one of my essential Florence food-and-drink spots (so much so that I went in it three times this trip, and twice one day), Procacci, on Via Tornabuoni 64/r. A small breath of beauty away from the crowds, streets, and often crowded streets, Procacci is an oasis of grace with a dedication to truffles. 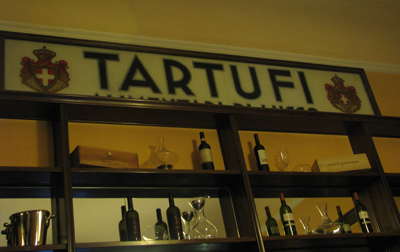 It’s deservedly beloved for its panini tartufati (a mouth-watering truffle-and-buttery-spread sandwich) and other small sandwiches. But by small, I mean in stature, not in taste. In taste, these little morsels are giants. Giants! When paired with a glass of prosecco or a spritz (and I’m calling for at least three panini in this equation–or maybe seven) and followed by an apple tart, they are without a doubt one of the world’s best afternoon snacks. While the truffle version is my top sandwich, Stereolad picked up a goose sausage number that made him smile so wide I took a pic (of the sandwich): 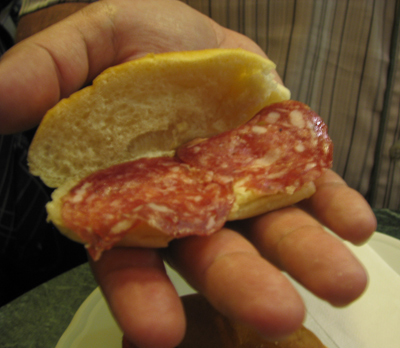 Ah, Florence, how lovely and how, well, yummy. I plan on going back at least 20 times, and I suggest you do the same. For that matter, maybe we should just go at the same time, so you don’t get lost. Before we say our last buona serra to Tuscany’s capital, here’s another pic from the balcony, a nighttime view of the Arno and a bit of the Ponte Vecchio, too: 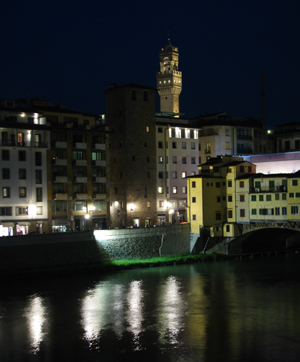 In the spirit of full disclosure, not all of the pictures here were taken in Italy. The photo of the sandwich in my hand was shot in a Tacoma Subway, and is in fact, a footlong sub… because I am actually 30 feet tall.

I just adore it all–the pictures of the Arno, the names of the fabulous food choices, the descriptions of the drinks, the overall insider language–but then, I am the MamaMia so what’s not to love about a son who loves Italy!

Why haven’t we packed the dogs and moved?

Roast shank of pork with red onions. I want to do filthy things with it. And then eat it.

Very nice information. Thanks for this.

Look forward to reading more from you in the future,keep up the good work.

Good job man! I liked it. If you want you can visit my website too. By By!

« Drinks & Eats on the Road: Bologna, Italy | What I Wish I Was Drinking: Viparo »