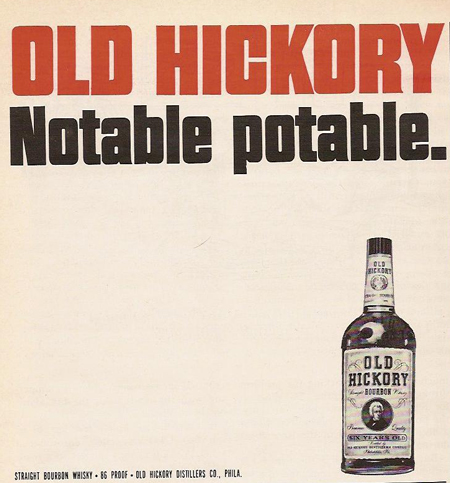 Old Hickory bourbon?! As in, “Old Hickory said we could take ’em by surprise if we didn’t fire muskets ’til we looked ’em in the eye”? I was just singing that song this morning, and whenever I’m at work I daydream about bourbon…

Wow that sounds like an amazing coincidence–I think you should have a drink and ponder it. And sing that song even more (I wanna hear it all the way over here).

It may not be such an amazing coincidence. I’ve been listening to a lot of Damien Dempsey lately. He’s big on singsongs. So I walk around now thinking I might be pulled into a singsong at any moment, and I feel I must have a battle song at the ready. It’s not much of a battle song (so poppy, eh), but I can’t remember the words to “Billy, Don’t Be a Hero.”

We were in Lexington, KY with the Shollys last weekend. Rode a horse. Drank some bourbon. It was a good weekend.

You must have a battle song at the ready–who know what might happen? I have been singing (or humming) the theme to American Bandstand today myself, and it’s sort of a battle song. But calling you to a dance off instead of another kind of battle.