As I’ve mentioned somewhere on here before (if you haven’t read every single post, now is a good time to do it), I here and there get random items in the mail. Sometimes, they’re dumb. Sometimes they’re okay. Rarely are they mind-blowingly cool. However, that recently happened, thanks to Caorunn Gin. See, one day, I came home from the zombie mines and found a package on my doorstep. In that package, was a bottle of gin, and this box: 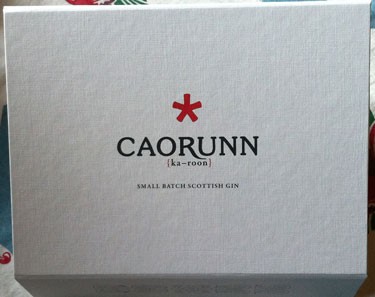 The gin looked good, but the box was intriguingly shaped, so I opened it, and inside there were two little shelves, each with some smallish glass jars on it. The first shelf had jars with samples of the 5 dried Celtic botanicals used in the gin (I forgot to mention, Caorunn is handcrafted small-batch Scottish gin. So, the Celtic connection isn’t coming out of left field). The second shelf had identical jars with the essences of the botanicals – little cotton balls with the oils of the botanicals. It looks like this: 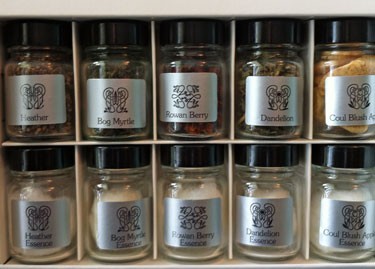 Neato, right? At first, I thought it was merely curiosity (and fantastic packaging, for sure), like a sideshow of sorts. But then as I started opening the jars one by one, and realizing how well they focused the aromas, it made more sense – especially when trying the gin alongside the smelling. The five botanicals are: rowan berry, bog myrtle, heather, dandelion, and coul blush apple (which sounds somewhat like they could also be mixed when you wanted to turn someone into a, oh, frog I suppose), and they really give the gin an intense and individual, flavor, aroma, and tail. But don’t think that it isn’t still like a gin. The juniper-ness of a London dry gin is still intact, just bolstered and backed by a hints of herbs and spice and a touch of sweet. Nice stuff. I haven’t tried mixing much with it yet, but am looking forward to it. Here’s the gin in bottle (interesting bottle shape as well) so you know to watch out for it: 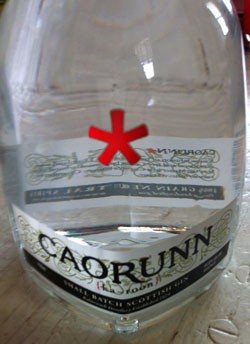 Now, if only everything in the mail was as interesting.