This treat at first glance may not seem super June-y, if you just look at the first few ingredients: red wine, and the herbally Amaro Lucano (which, by the by, has been around since 1894 when cookie baker [!!] Pasquale Vena crafted it with a secret mix of herbs and spices, bitters and sweeters; it’s also been the house drink since 1900 of the House of Savoy if that floats your ice cubes). But look deeper, summertime drink seeker, and you will see that there is a bubbly helping of chilled club soda, along with made-here-in-WA (but even if you don’t live here, you should have a bottle) Sidetrack Blackberry liqueur, the embodiment of summer in a way (that way being traced to blackberries – very summery in my mind – and here said blackberries are grown on the same farm where the liqueur is made). There’s ice, too! Altogether, this is a drink that can, and will, and is to, be beloved in summer, but one with some underlining deep, rich, notes mingling with fruit and summer’s fanciful notions. A yummy one, you’ll see! 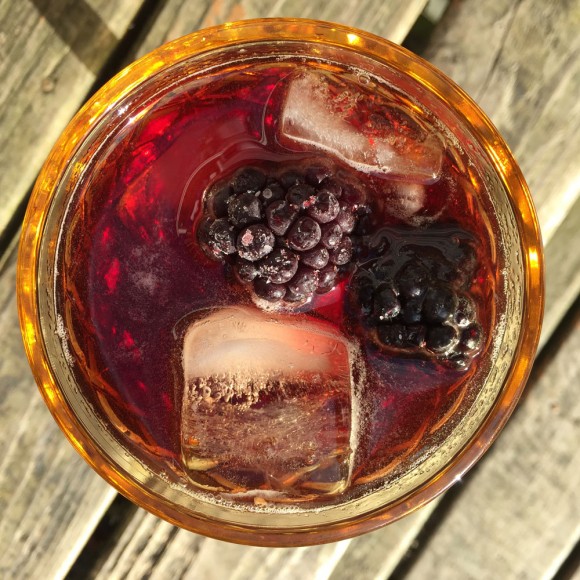 1. Fill a goblet or other glass (a highball works) three quarters full with ice cubes.