Well, it’s nearly time after a fair number of swell quotes to say so-long (for now – he’ll be back) to Raymond Chandler, with one last Cocktail Talk from a story within the collection Trouble Is My Business and Other Stories, this time “Red Wind,” which starts with the below quote that has a wind indeed in it. It’s a twisty kind of tall, beginning with that wind and a bar that’s across the street from Chandler’s PI Philip Marlowe’s apartment. Then there’s a lady, various angles, and lots of gumshoe-ing. Start it off with the below, and then read the whole story whydontcha? Oh, and also don’t miss all the other Raymond Chandler Cocktail Talks, cause you deserve to read them.

There was a desert wind blowing that night. It was one of those hot dry Santa Anas that come down through the mountain passes and curl your hair and make your nerves jump and your skin itch. On nights like that, meek little wives feel the edge of the carving knife and study their husbands’ necks. Anything can happen. You can even get a full glass of beer at a cocktail lounge.

I was getting one in a flossy new place across the street from the apartment house where I lived. It had been open about a week and it wasn’t doing any business. The kid behind the bar was in his early twenties and looked as if he had never had a drink in his life. 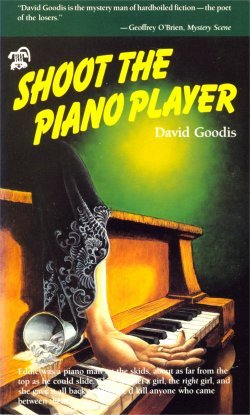 See, I told you (in Part I) that I’d probably have a second quote from Hal Masur’s (aka Harold Q. Masur) lawyer-y pulp-y book from last century, You Can’t Live Forever. And here we are! Check out the below, and know that I can predict the future.

It was a nice quiet bar on a side street off Park Avenue, cool and dim and silken, a high-class oasis with retiring waiters and a hushed atmosphere. The chairs were softly pliant to make you comfortable and the pretzels crisp and dry to keep you thirsty. Enclosed booths ringed the room and smoke wove a gauze-like web that hung motionless in the still air.

We were on our third pair of Martinis and were calling each other by our first names. Conversation so far had been limited to that polite badinage used between two people on mutual fishing expeditions. I was in rare form.