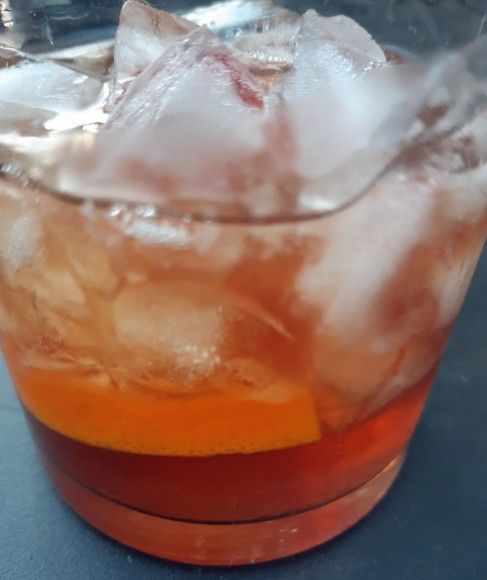 You’ve probably noticed, spring has sprung. And I’m probably going to be, or already have been, talking springtime talk, and springtime drinks, and frolicking in meadows. But today, instead of that, I’m just cutting right to the chase: this is a dandy, refreshing, light-on-its-feet drink, which you should make for yourself, your friends, and then yourself again. It’s springy. 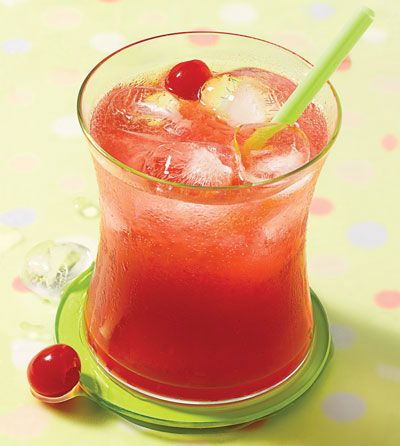 From personal experience, I can say that never has there been a more accurate title. Hah! Having never actually committed a murder, I’m actually not super sure about that, really. But what I have done is read a lot of Cornell Woolrich, the master of the darker side of the noir world of the middle of the last century. I’ve had some Cornell Cocktail Talking before, here on the Spiked Punch, but when I find new books of his I haven’t read, I always want more. More! And recently I found a collection called Four Novellas of Fear containing some of his moodily awesome work, including one called, as you might expect by now, Murder Always Gathers Momentum. It’s a bit grim, but so well-paced, and so wonderfully inevitable. And it calls out a classic whiskey brand, too.

Paine fought down the flux of panic, the ultimate result of which he’d already seen twice now. Any minute someone might come in from the street. Someone sober. “All right,” he breathed heavily, “hurry up, what’ll it be?”

“Thass more like it; now you’re being a reg’lar guy.” The drunk released him and he went around behind the bar. “Never anything but good ole Four Roses for mine truly –“

Paine snatched a bottle at random from the shelf, handed it over bodily.

I’ve had a fair number of Raymond Chandler Cocktail Talk posts, which you might expect cause the hard-boiled tend to have serious imbibables when they’re not talking sharp, solving crimes, getting smacked and dealing out smacks, and cuddling the ladies. The High Window is no different, and one of the tops of the Marlowe realm I believe. I recently re-read it, and found all sorts of choice whiskey moments, and drinky times. This one’s a champ. I hope Mr. Chandler got at least a bottle of Four Roses because of it. And it’ll help you get ready for serving multiple drinks round the holiday season.

I got a bottle of Four Roses out of the kitchen closet and three glasses. I got ice and ginger ale from the icebox and mixed three highballs and carried them in on a tray and sat the tray down on the cocktail table in from the davenport where Breeze was sitting.