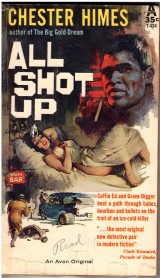 Cocktail Talk: The Sting of the Wasp

I recently picked up a little book (just a little too big to fit in a shirt pocket) called The World’s Best 100 Detective Stories – my book is volume one of ten – published in 1929. I won’t say that I disagree with an editor’s prerogative, but even as someone who has read a lot of detective fiction from many time periods, I hadn’t heard of many of the authors within, and wasn’t blown away by some of the choices. But it’s a fun little book to have no matter what, and in one of the stories, “The Sting of the Wasp,” by Richard Connell, there’s a fair amount of cocktail-ing, before a murder. Or is it?

“Well, the cocktails warmed up Oakley, made him communicative – for him. We were talking along about nothing in particular, when suddenly he burst out, ‘That cur, Cope! I saw him today, looking at me with those evil green eyes of his. I’ll never be happy – or safe – while he’s in the world. I’d kill him like a rat if I thought I could get away with it!’

I told Oakley he was a fool to talk like that – to me or anybody. He calmed down, and said he didn’t mean it. But he did, Matthew.”

“Here is what happened tonight: Oakley had dinner alone. He drank too much – four stiff cocktails, a half-bottle of Sauternes, and a highball.”

–Richard Connell, “The Sting of the Wasp”

I’ve had a fair number of Raymond Chandler Cocktail Talk posts, which you might expect cause the hard-boiled tend to have serious imbibables when they’re not talking sharp, solving crimes, getting smacked and dealing out smacks, and cuddling the ladies. The High Window is no different, and one of the tops of the Marlowe realm I believe. I recently re-read it, and found all sorts of choice whiskey moments, and drinky times. This one’s a champ. I hope Mr. Chandler got at least a bottle of Four Roses because of it. And it’ll help you get ready for serving multiple drinks round the holiday season.

I got a bottle of Four Roses out of the kitchen closet and three glasses. I got ice and ginger ale from the icebox and mixed three highballs and carried them in on a tray and sat the tray down on the cocktail table in from the davenport where Breeze was sitting.

The Four Fists is a story by F. Scott Fitzgerald, which generally retells the narrative (in a few key scenes) of one character’s (Samuel Meredith) life. The scenes, as you might guess from the title, all revolve around times when he was punched in the nose. And then afterwards learned something from said punching that made him a better person. Don’t think I’m advocating violence as a solution here (I’m a drinker, not a fighter), but the quote below seemed to go so well with my fall highball-ish Hour Glass below that it seemed apropos. There are lots of good swilling moments in Mr. Fitzgerald’s stories (those jazz agers and floppers loved the cocktails and bubbly, bless ‘em all), so expect more Cocktail Talk from him later. 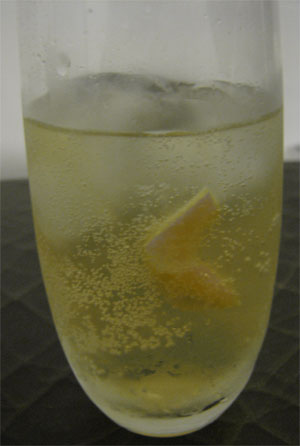 All right, all right, I know it may seem strange (not groovy and mystical like Dr. Strange either, but just downright odd) to be sipping a bubbly-cooling-kind-of-a-drink in Seattle’s damp and dreary mid-to-late November, but I’ve been working hard stocking the shelves (virtual shelves surely, but shelves) and shilling the books, not to mention raking the inordinate amount of leaves in my backyard (and, you know what, if Mr. Cherry Tree is reading this, please stop dropping basketfuls of your leaves on the ground the minute I get finished raking said ground. Wait a couple days at least. Give me that, for gosh sakes.), or writing this sentence which will never stop. Anyway, I was feeling the need for a refresher last night, but one that still had an underlying . . . strength of character. I didn’t want to go teeth-rotting sweetness, but did want a hint of sunshine. And, I wanted to be able to name drop a second super hero in one post (Hourman, that is). All of which led me to the Hour Glass: