I was recently in the big ol’ NYC, doing some glad-handing and jive-talking for my corporate overlords (sadly, today, I don’t get to spend every waking minute footloose and fancy free with drink in one hand, and the other hand working on putting together this Munsters model). I wanted to spend some time traipsing around the bazillion NYC bars and lounges and taprooms and dives that I have and haven’t been to yet, but sadly I only had one evening free, and not even much of that one. So, I went to the Raines Law Room. I’d mentioned Raines, and its friendly and writerly bar manager Meaghan Dorman before (here and here), and had been given a tour of Raines by her, but hadn’t actually stopped by when it was in full swing. Which made this stop a real treat, because the atmosphere in there is such an underground thing of beauty, all plushness and secret-y goodness. And the drinks? The drinks were heavenly. I had a bunch, but most of the photos didn’t turn out (due to a combination of user fumbling and dim lighting), but the below gives you at least a glimpse. And Meaghan was working, and can I say one thing: that girl’s a helluva shaker. Don’t take her on in a bar fight. Oh, the drink below is a (not sure how I forgot to mention this) Ragtime, which is Pernod absinthe, Ramazzotti Amaro, Rittenhouse 100 proof rye, Aperol and Peychaud’s. That’s a lineup of genius, which translated into layers of bitters and deliciousness. If you’re heading to NYC, be sure to put Raines on the “must visit” list–but get there early, cause it fills up quick. 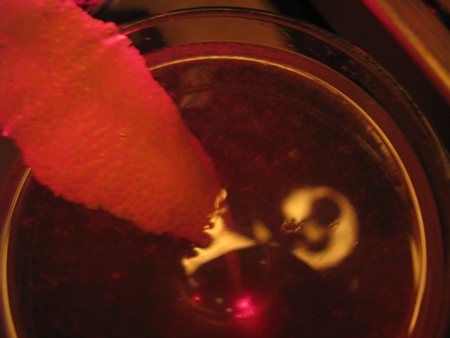 Posted in: Bars, Drinks on the Road 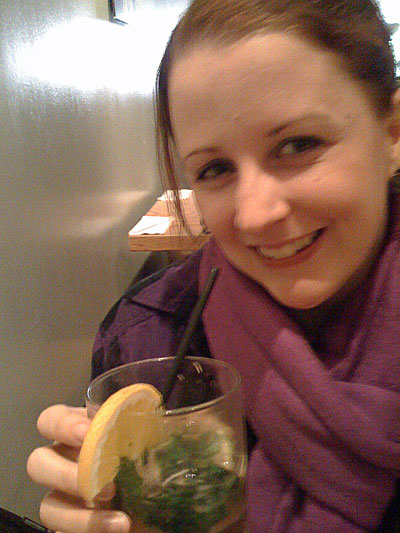