Okay, full disclosure straight up: the bar manager at the new (as opposed to the older version from a few years ago) Mistral Kitchen in Seattle is a pal of mine. A good pal, even. His name’s Andrew Bohrer, and I’ve blogged about him before, cause he makes damn good drinks, and isn’t all snooty about it (and his blog Cask Strength is full of booze and cursing, which is nice). Heck, I’ve heard him praise PBR as casually as Pappy’s 15-Year bourbon. Here he is, getting busy with pouring: 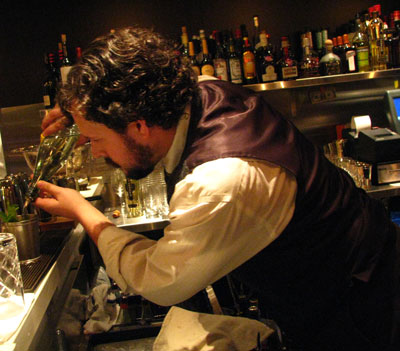 This all means that when wife Nat and I went to Mistral recently (during the “soft opening” phase) we were probably going to be pretty forgiving, if needed. But to get around the whole “of course you’ll say nice things, you know them” I’m going to keep commentary at a minimum, and go the photogenic route (which is great for me, cause I’m, well, hot and so inclined to like the photogenic route). The quick summary, though, before the photos (did you think I’d back out of editorializing completely?): the savory food was still being worked out, but solid ingredient choices, if pretty straightforward preparations (this on the veggie side); the dessert-y food was interesting and delicious and architectural and a step above the savory right now; the cocktail food was, well, great. Now, onward. We had some roasted veggies, but they weren’t as good as the wood-roasted mushrooms: 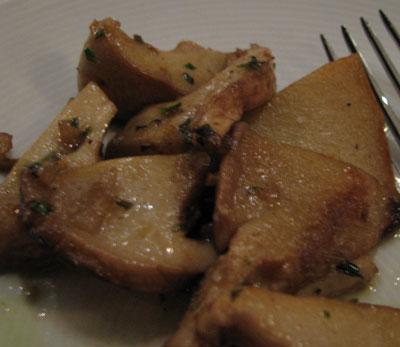 And we had a vinaigrette’d green salad (good, but pretty spare), which wasn’t as good as the cheese plate: 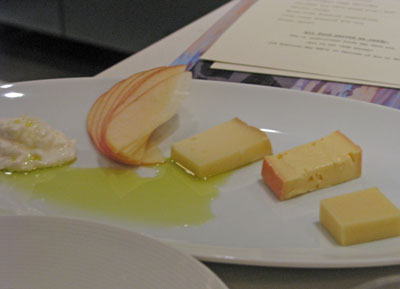 With the meal, Nat had an Aviation cocktail (we both went classically at first, picking off the old-school short bar menu), which was dreamy and cloudy like a cloudy dream: 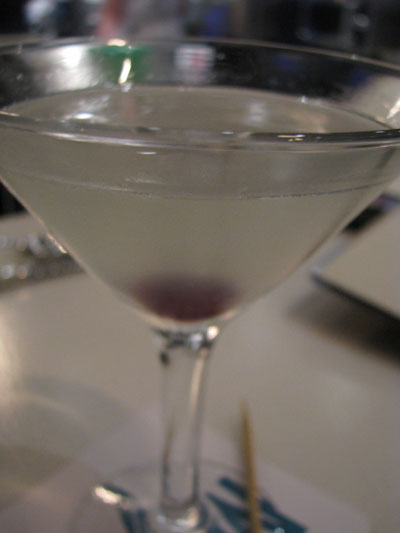 I had the Mint Julep, which was made just right, with the right crackity-cracked ice, the right metal julep cup, and the right healthy amount of bourbon. Pretty, even: 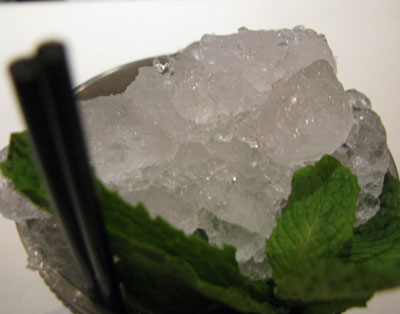 For dessert, we had the Ultra Brownie, and it was ultra creamy chocolate goodness, but topped, I felt, by the Walnut Honey Cake (the desserts, made by chef Neil Robertson, both kicked sugary ass though), which came with rich figs and homemade (natch) chestnut ice cream: 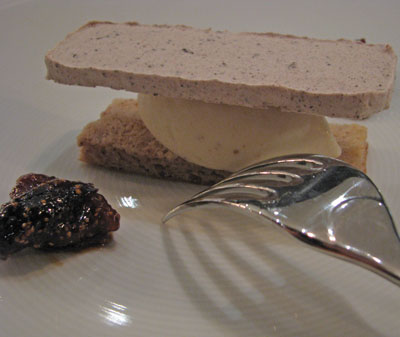 With desserts, Nat had a fresh cocktail that Andrew had recently been working on (as an aside: isn’t it always swell to be able to be one of the first to taste a new drink? I think it’s swell), which mixed 1 ounce gin, 1/2 ounce kirsch, 1 ounce blanc (not dry) vermouth, and 1/2 ounce orgeat. It was really jumping (or frolicking) with the balance of dry to sweet right on. And, he called it the Tauntaun. Geeks, rejoice: 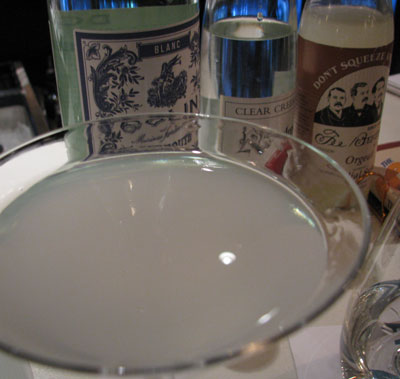 For my last drink, I had a Fernet Old Fashioned, which Andrew had been telling me about, and about who originally created it, but now I can’t find the email. Maybe he’ll be so kind as to leave the info and the instructions in the comments. Though he is busy. But not that busy (so get to it, Andrew). Anywho, before starting an online booze war, let me say that I dig Fernet, and this drink was the tops. I love the phat orange rind, and the ice ball, and the bitter-after-dinner experience that is summed up in this glass: 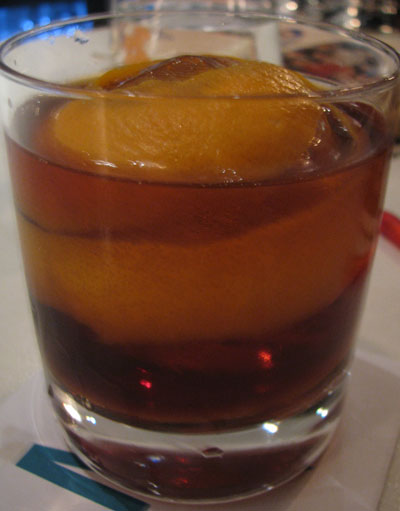 That’s the Mistral Kitchen kids, well worth a visit, especially if you belly up to the bar and let the cocktails roll. Just be sure to order a drink with an orange peel: 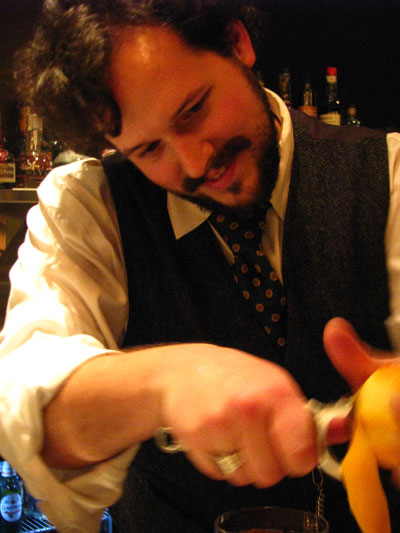 Hah, Erik, it was a bit of a jealous-worthy night. You’ll have to come to Seattle and check it out.

Um, you left out an important detail. Where is it? Or am I supposed to rely on the internets.

Hah, well, I wouldn’t want you to have to click too much. It’s at 2020 Westlake Avenue. The front door is a massive iron thing, that doesn’t look like much of a door. But it swings open without much muscle power, no matter that gigantor nature of it.

I’m subscribing to your RSS. Thanks.

« Was Champagne Created by the Devil? | What Drugged-Out Androids Drink in Summer »