Well, if you don’t know Casino Royale from the movies or books, where have you been hiding? It’s the first James Bond-ing, for super-spy sake! Here’s a secret between us, though. I actually hadn’t read the book, until a few weeks back, when I was traveling in the UK. It was the perfect time, and you know what – the book holds up. Both as a thriller, but also as a character study. Everything gets over-done and distilled somewhat over time, but if you like a good quick read and aren’t opposed to spies and such, and haven’t read it, give it a whirl. It’s better than the movie! And, while the Vesper quote is duly famous, it has other memorable drinking scenes and drinks, too. Check the below, for an example:

The room was sumptuous with those over-masculine trappings which, together with briar pipes and wire-haired terriers, spell luxury in France. Everything was brass-studded leather and polished mahogany. The curtains and carpets were in royal blue. The waiters wore striped waistcoats and green baize aprons. Bond ordered an Americano and examined the sprinkling of over-dressed customers, mostly from Paris he guessed, who sat talking with focus and vivacity, creating that theatrically clubbable atmosphere of ‘l’heure de l’apéritif’.

The men were drinking inexhaustible quarter-bottles of Champagne, the women dry Martinis.

PS: That “Americano” would be the drink, if you’re wondering, not the coffee, which is a more recent way of moniker-ing that style of java. 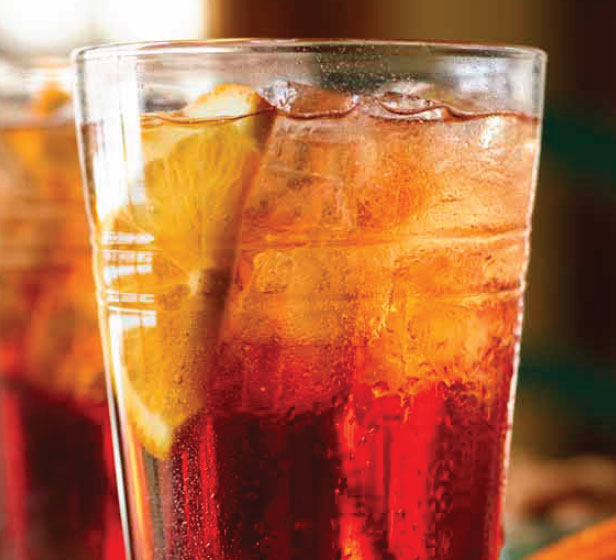 Cut the clamoring–I know I sloshed it up about Kingsley Amis just down the page, but I wanted to get another quote in quick, before I forget (hey, I’m getting older by the day. Just like you by the way). The following is from the second part of Everyday Drinking, called, strangely, “Every Day Drinking,” which is a collection of columns Mr. Amis wrote for some London newspaper I haven’t yet tracked down, cause I was too busy writing this. Each column is shortish and on a different subject, making them brilliant bus reads (not as brilliant as a Herbie the Fat Fury comic, but darn close). The following quote’s near to my heart cause it’s about Campari, which I love, and about drinks using it–drinks I also love, if I may be so bold:

Next in line comes Campari, which as everyone knows has made an immense impression on the British market in the last twenty years or so. Not my cup of tea, alas. But, hurray, an acceptable drink can be cobbled together from this and another innocuous potation. Take two parts Italian vermouth and one part Campari (or in another recipe, one of each), mix them with ice and add Pellegrino or soda water and a slice of orange, and you have an Americano. Good at lunchtime, and before Italian food.

If you feel that, pleasant as it is, it still lack something, throw in a shot of gin and the result is a Negroni. This is a really fine invention. It has the power, rare with drinks and indeed with anything else, of cheering you up. This may be down to the Campari, said by its fans to have great restorative powers.