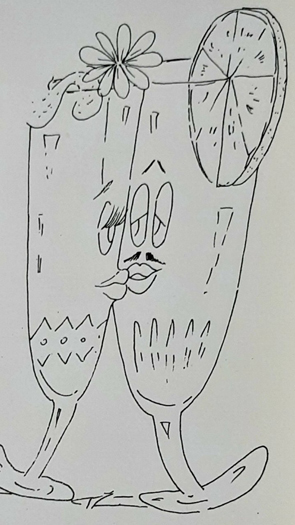 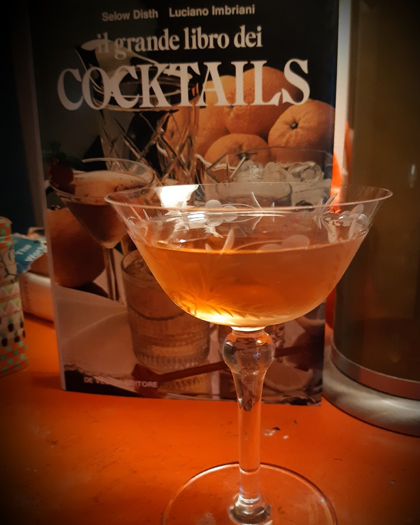 What I’m Drinking: The Electrician

We recently here in the wondrous Seattle, W-A went through (as did CA and OR) some awful, deadly, smoky air (as if everything else in 2020 wasn’t enough of a shitestorm), leaving most stuck in inside, as walking outside was anything but safe. At least at my house we were stocked up on booze and streaming TV and books and peanut butter, which I can’t do without. And during that timeframe, I utilized the first in that list to make this here drink, which aligned in a way with the smoke – I think I felt if I could drink the smoke a bit, perhaps it would lessen it in the sky; perhaps I felt since my nose and throat were getting smoked out, I might as well go with it. Either way, it ended up being a pretty neat sipper, if I can be so bold. And I was going to name it after the smoked-out skies in some way, but then I didn’t want to give the smoke the honor of being attached to this drink. During this trying smoky time, while being stuck inside, we also needed some wiring and such fixed up, so called in a friendly electrician, and so I decided instead that this dandy cocktail should be named after them.

So, how to build a drink for such a smokocalypse? Well, I didn’t want it to solely smoky, because the earth is still growing and all that, which led me to leaning fruity, too, but how to balance, and what fruit? Pomegranate seemed the ticket after a little picking and grinning (or testing) so I went with Pama, a tangy pomegranate liqueur, combined with a smoky, savory duo: mezcal, and Chase Smoked vodka (which you can read more about in the A Kindred Spirit cocktail recipe). But that wasn’t it (though I do like a good three-bottle drink). Because it was a bitter time, I decided some bitter notes were needed, coming via Breckenridge Bitter (which isn’t a “bitters” as you might think of, but a bitter herbs and rootsy aperitif) and old charmer Peychaud’s bitters (which is a “bitters” in exactly the way you know). To curve the edges of the various ingredients, a drop or three of simple syrup. In hindsight, maybe those drops made it a stitch sweet, but, hmm, on the other side, maybe not. You decide!

Cherry (Rainer is nice), for garnish

1. Fill a cocktail shaker halfway full with ice cubes. Add everything but the cherry. Shake well.

2. Add the cherry to a cocktail glass, and strain the mix from Step 1 into the glass. Enjoy, but not while actually, you know, doing electrical work.

What I’m Drinking: At Once to Ashes

In the middle of summer, the heat is naturally on, but so is the barbecue-ing, the backyard smoking, and, one hopes, the sitting on the porch/picnic table/deck/backyard, consuming the edibles of the labors that have happened over the flames. Yummy, right? But not as yummy without the right drink to have not only with the consuming, but also afterwards, as you and your stomach are mellowing down. There are many worthy options for this summertime moment, but I’d like to throw another in the mix, one called At Once to Ashes, which I created. Really! See, a pal of mine (I am lucky in pals) gifted me some small bottles of smoked simple syrup recently, and while that sounds like she must have used magic to create it, she assures me it was not spells. Now, I don’t know how she (non-magically) made it, but do know it sure is delicious. I can’t ask her if you want? The syrup’s smoky-sweetness is crying out (listen, you’ll hear it) to be had after smoky eating, and also, I believe, crying out to be had with another smoky-ish, earth-y-ish favorite: mezcal. Which is what I’ve done here – I wouldn’t ignore the simple syrup, would I? No! But I wouldn’t stop there, either. I’ve also added Grandeza, a lush orange liqueur made here in WA. Its orange flavor really pops, and it also adds another sidge of sweet, too. You can sub another orange liqueur if you’d like, but Don Ho will not sing of it. But it’ll still taste good! I wanted to balance the sweetness a bit, and also wanted to add a few herbal notes, and a hint of a hot spice kick, so our final ingredients here are Scrappy’s Orange bitters, and Scrappy’s Firewater tincture. If you like heat (habanero heat), then Firewater better be on your radar pals, cause it brings it. End result: At Once to Ashes is smoky-spice-citrus-sweet loveliness in a glass. Enjoy! 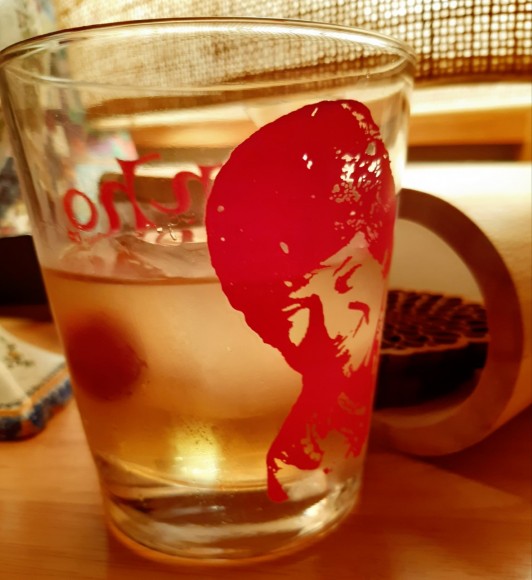 At Once to Ashes

2. Add a big (really big) ice cubes to an Old Fashioned or comparable glass. Strain the mix from Step 1 into the glass. Garnish with a cherry. Rainer if you have it!