Guess what? It’s St. Patrick’s Day. You may know this? I’m guessing you know this? Sure, sure. Please tell me though that even though you are aware of this holiday celebrating Irish culture and history that you weren’t going to celebrate by drinking some noxious green beer or something like that. Don’t make me sad. Make me happy. Tell me instead, that you are looking for the right drink featuring Irish whiskey. And I will tell you that I am here to help. With a slightly modified version of a drink I recently found in the Café Royal Cocktail Book – the reprinted edition from the fine folks at Mixellany. If you wanted to send me a copy of the original, go on, do it! In said book, it says this drink called Triplets was created by J. Nash. Thanks Mr. or Miss Nash! Also, it says this book originally used Vat 69 Whisky, an old brand of blended Scotch. It’s mingled with Drambuie (makes sense, with Scotch, right?), and Lillet, in equal parts. A bit nutty! But even nuttier, because when I read that, I thought – I’ll bet Irish whisky (mellow by nature, in some ways, and not completely un-related to its cousins across the water) would be good here, too. Especially a nice version like The Quiet Man Irish whiskey, blended and bottled in Derry, Ireland. Guess what? It is good here! And will make your St. Patrick’s day dreamy. Trust me! The world is based on trust, and now it’s your turn. 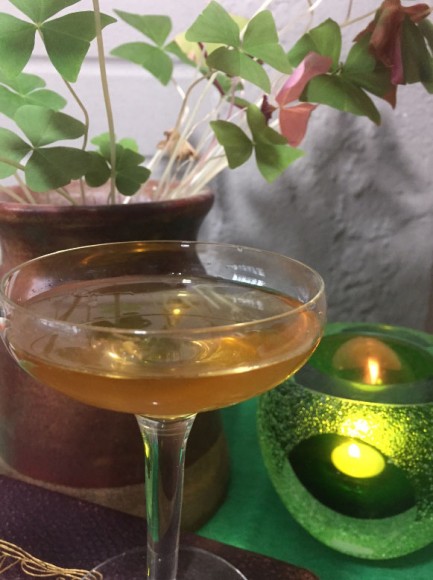 2. Strain into a cocktail glass. Enjoy the holiday.

What I’m Drinking: The Rusty Nail

It’s one of my favorite weather times of year here in Seattle – early spring, late winter, whatever you want to call it, the hallmarks are a temperature that hovers in the mid-50s, and a sunshine that breaks through for days in a row (though don’t tell anyone, as we like to keep people thinking it’s raining all the time in Seattle). So, chilly and sunny. It’s a beautiful time. Especially on Sundays, when you don’t have much pressing, the whole weather-mosphere in the afternoon is amazing. And it’s ideal Rusty Nail weather. The somewhat misunderstood Rusty Nail gets shafted these days, but its combination of umph and a hint of honey-loveliness goes so well with these types of days. What makes it even better is using Syndicate 58/6 Scotch. A blend of 18 single malt whiskies and 4 single grain whiskies and aged 2 to 4 years in Oloroso sherry casks, this is one tasty Scotch. With citrus and other tropical fruits, ginger, and spice on the nose, and then marmalade, apple, fig, and caramel on the tongue. I supposed many would say it’s a Scotch to savor solo (and they wouldn’t be wrong), but if you’re up for it, mixing this top Scotch into a Rusty Nail will take you to another level, and make your early spring, late winter Sunday afternoon something really memorable. Trust me. 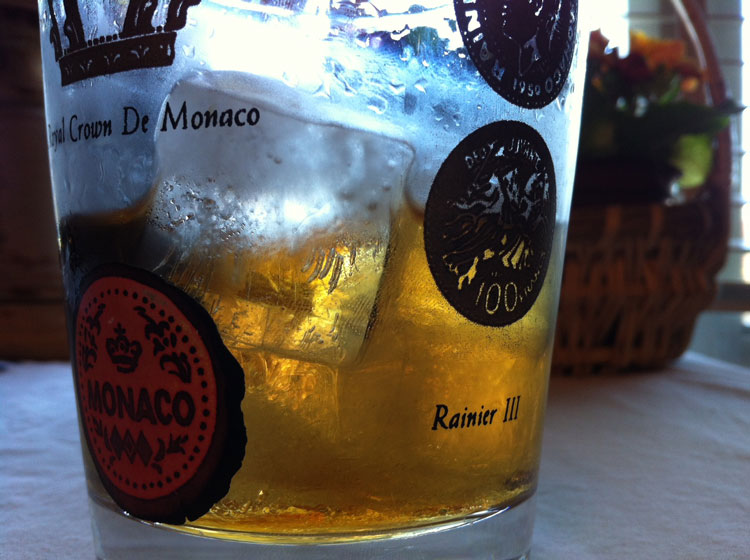 1. Place ice cubes in an Old Fashioned glass until they reach the halfway point. Let the Scotch and then the Drambuie cascade into the glass.

What I’m Drinking: The Late Date

Pals, it’s getting chilly. No way to escape it, in the general sense. But in the specific sense, the best way to escape it is to cuddle up with someone cuddly and have this very drink, which is a warmer meant to be had while cuddling. And yeah, it uses both Drambuie and schnapps, which may bother your snootier sensibilities. But if so, no one wants to cuddly with you anyway and you can ignore this whole thing. 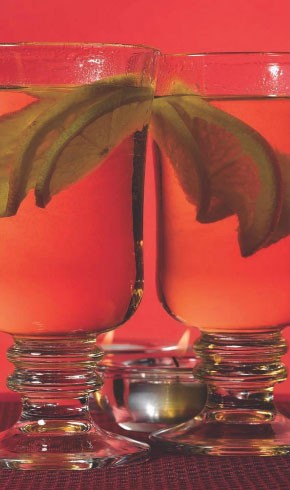 1. Add the orange wheel and lemon wheel to a sturdy mug. Using a muddler or wooden spoon, gently muddle the rounds.

2. Add the Drambuie and cinnamon schnapps to the mug. Stir briefly. Add the hot water, and stir again.

Well, it’s been an interesting season for the Cocktail to Cocktail Hour (in the “may you live in interesting times” fashion). With my much-publicized addiction to velvet jackets becoming public, with director, cameraman, writer, and producer Dr. Gonzo’s less-publicized adventures “down south,” and with us drinking away our sponsorship dollars, the year has spun past. And now here we are, the last episode. But what an episode it is, as we solve one of the most-debated cocktail mysteries: where did The Rusty Nail come from and why isn’t it consumed as much today as in 1952? To help us, we have a very special guest, E.P. Gooks* (or, Goose. It gets confusing), a first-rate historian who we did not pay to come on the show. Watch and learn dear ones, and be ready for the next season—it’s gonna be a doozy.**

* Any resemblance to the long-time Cocktail to Cocktail Hour favorite poet Ed Skoog is purely coincidental. All academics look alike.

**This is no way means we’re legally obligated to have another season, much less a doozy season.