It was recently my anniversary (thank you to my wife for marrying me!), which seemed the perfect time to re-read the 1944 mystery by George Harmon Coxe (a fairly well-known mystery writer from mid-last-century) called The Groom Lay Dead! It’s a nicely-paced (not breath-takingly-paced like Day Keene, but it keeps things moving) mystery around the death of a somewhat asshole-ish rich guy, with our protagonist being a slightly shell-shocked (this the WW II era) play director. So, there’s glamorous folks, an interesting upstate New York Finger Lakes setting, a few potentially shady (or moreso!) potential murderers, as well as a sort-of cult-ish health farm run by a hypnotic man – always a good addition. Worth checking out, especially if you can get the cover pictured here. I had a The Groom Lay Dead Cocktail Talk on here after the first time I read it, many years in the past (do, don’t miss that, ya’hear?), but I’d forgotten about this minor character I liked, and felt he (George Vernon, vaguely trapped up the health farm/cult) and his night out deserved a second Cocktail Talk quote.

Apparently it had been quite a while since George Vernon had been out and he’d made up his mind to enjoy himself. He had four drinks at the bar in addition to the two he’d had at Yager’s house: he had another Scotch and soda with his dinner and called for brandy with his coffee. Parks was doing all right, too. He got a lot of laughs of Vernon, who long ago had insisted that we call him George. 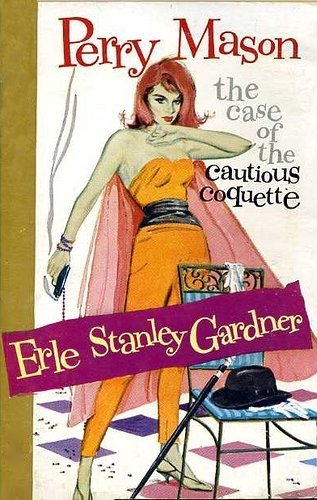