Cocktail Talk: You Can Die Laughing

Well, shamus lovers, it was just a few weeks back I think when I had another A.A. Fair Cocktail Talk post from The Knife Slipped, a recovered-and-printed-for-the-first-time number from the Hard Case crime folks. But I also just finished another A.A. Fair book, You Can Die Laughing, in old-time-y Pocket Book printing (which I love, too), and it was yet another swell Cool and Lam (Bertha Cool and Donald Lam, that is) yarn, with loads of twists and turns, a murder (or, ?), some fun times, and some smart thinking, and some neat-ness. If you’re scouring the used racks and see it, pick it up. And if you want more on A.A. Fair and his real, even more well-known name, and such, see all the past A.A. Fair posts. But be sure to read the below B&B beauty before you head off.

There was a juke box in the place and we did a little dancing. She was nice. I held her as close as I dared, and she flashed me a glance from time to time that did things to me. I knew she was still sizing me up, still leading me on.

We had dessert and two B&B’s. I shuddered to think of Bertha’s reaction to the expense account if I didn’t fake it.

We had another B&B, and I decided to fake hell out the expense account.

–A.A. Fair, You Can Die Laughing

Way, way, back in the balmy days of 2009, I had a Cocktail Talk post from A.A. Fair, and went through how he was actually a nom de plume (as they say) of Erle Stanley Gardner, at one time the biggest selling writer around thanks to his books about a certain lawyer named Perry Mason! You can see how I feel about all of that by reading past Erle Stanley Gardner Cocktail Talks (short version: oddly enough, I tend to like the show better than the books, though they aren’t bad, and tend to have great covers, and I like the A.A. Fair books better for some reason). Here, though, is the neat thing about The Knife Slipped. It was a lost manuscript, rejected at one time by Gardner’s publisher, and only recently re-found and published by the happening folks at Hard Case Crime. It’s a good read, too, staring Cool and Lam (Donald Cool and Bertha Lam), a detective team, and the book stands out as an early mystery for this detecting duo, giving more history around them, and just being a swell read on every side. Well worth picking up, whether you sit with me on the Gardner questions or not. And, there are slugs of Scotch.

“Dance,” I said.
Her voice was wistful. “Uh-huh. The floor is build out over the side hill, on an enclosed porch. You dance out from the tables onto this porch and look down over the city lights. They keep it almost dark out there, just a starlight effect.”
“It won’t be starlight tonight,” I said, “but a good shot of Scotch might help. How about it? Do you feel the same way about a slug of Scotch I do?
She hesitated a minute, and said, “I don’t know.”

Cocktail Talk: The Case of the Velvet Claws

My wishy-washy-ness with Erle Stanley Gardner, and his version of Perry Mason, as well as my love of Perry Mason-as-played-by-Raymond-Burr, have been detailed on this blog in the past. So, I won’t weigh into them here (no need for me to get haunted anyway). But I still can’t stay away from his books when I find them in their pocket-sized printings, cause the covers tend to be so darn swell. And the insides certainly aren’t bad, and usually contain nuggets of joy like the below.

He went to the room, pulled the curtains, ordered four bottles of ginger ale, with plenty of ice, and got a quart of whiskey from the bell boy. Then he sat in the overstuffed chair, with his feet on the bed, and smoked.

— The Case of the Velvet Claws, Erle Stanley Gardner 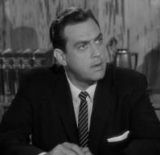 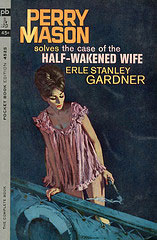 A quick break from the Chow tips (check ‘em out below, if’n you haven’t seen them), but only enough so I can slip in a quick quote from a book by A.A. Fair, called Some Women Won’t Wait (amen), with only a quick introductory graph, which I am writing quickly (but lovingly), so I can skedaddle out to the Friends of the Seattle Library Booksale (the most wondrous of events). So, quick (he says): A.A. Fair is, actually, Erle Stanley Gardner, who wrote 3 billion Perry Mason mysteries, and who I don’t tend to like (though, oddly, quickly, I love the Perry Mason TV series), but this book I found fun, probably because there’s lots of drinking, and a mysterious woman with eyes the size of orange slices drinking on the cover. I’m not saying I get easily swayed, but . . .. Anyway, check this out, go buy some books, and then make a big boozy punch and slide into the weekend.

The Royal Hawaiian Hotel was saturated with an atmosphere of deep, quiet luxury. The royal palms furnished dappled shade; the air was a combination of ocean tang and the scent of flowers.

I wandered through the lobby and a couple of shops before I found Bertha Cool seated at a table out on a lanai overlooking the ocean.

I took a good look and decided that Bertha was just a little bit high and very, very mad.