What I’m Drinking: Sherry and Tonic

Not too many weeks ago here on the Spiked Punch, I talked about making a swell drink with golden-hued Tio Pepe Fino sherry. That drink was the Gleanbriar, and if you missed it, well, go back and check it out. Neat, right? But sherry, being a lower-alcohol, not too heavy, really, the opposite of heavy, sort-of a ballet dancing booze in a way, is so nice in summertime that I wasn’t going to have just that one drink. Oh, no! My momma didn’t raise no fools. So, I’ve also been delving into other sherry drinks, including the easy-and-classic-y Sherry and Tonic. What a perfect summer fix. Have one today, trust me. Easy, tasty, summer-y, sherry. 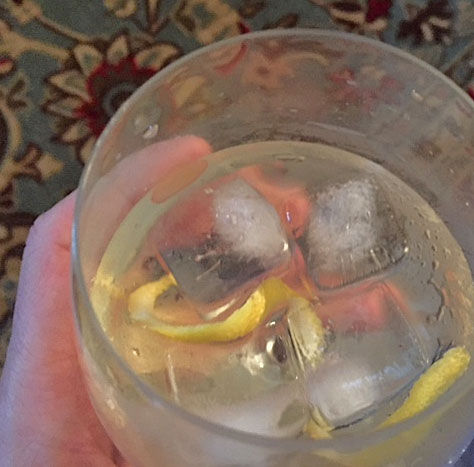 1. Fill a highball, Old Fashioned, brandy snifter (I sorta like this idea), or other glass about half way (depending on glass) with ice cubes.

2. Add the sherry and tonic. Stir lightly, but seriously.

3. Garnish with the twisty twist.