Hey Seattle and WA State residents, drink lovers, and awesome people! It’s the party season, and you’re throwing your parties in the wrong places. You are! You should be throwing them at a local distillery. Cause that’s where the fun is! Don’t believe me? Check out this recent article I wrote for the sweet Seattle magazine, called: Where to Host your Next Party: A Distillery. Then start printing up the invitations.

If you know me (and you must, right?), you know I love local distilleries here in Washington. There’s such a range, both of types of distilleries and products and events around both. It’s a fantastic time to live here! As example A, take the fun smoky stuff happening at the awesome Westland Distillery this week. See, they bring in 150,000 pounds (wow, right?) of peated malt to the distillery every year, and then mash, ferment, and distill it to make whiskey that makes angels sing. This year, and this week, they’re celebrating the peated malt’s arrival with a week of free tours, single cask tastings, and extended hours, all culminating in a giant not-to-be-missed release party (you’ll need tickets for that one) on Saturday, the 12th –two peated single cask bottlings are being release. So, get on down to the distillery this week (and if you’re reading this from a locale outside of WA State, then get some tickets and fly on it). Learn even more at: www.peatweek.com. 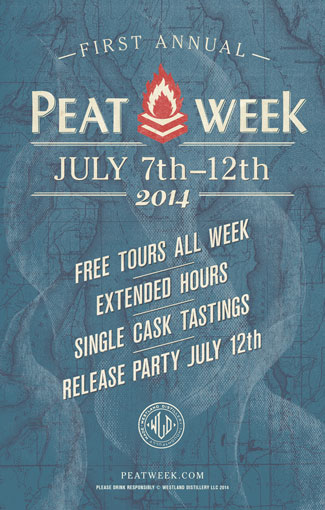 I found this beast (in the best way) of a drink in David Embury’s classic The Fine Art of Mixing Drinks. However, he doesn’t say where the name is from, and I’ve never managed to track it down in Bible, Talmud, Blake, Milton, Hobbes, or other spot (those all seemed like they could have a Leviathan 477). Where the name comes from is a secret that Mr. Embury may have taken to the big bar in the sky.

One thing on our side, though, that Mr. Embury sadly missed, is Westland Distillery’s new First Peated American single malt whiskey. And probably so will most others (hah) as it’s a limited release. But, the distiller’s regular peated whiskey is soon to follow, and I’ll bet it will also be amazing in this drink. The First Peated has a deep smoky peatedness, but also an underlying chocolate, leather, shortbread mix with little hints of citrus and cherry. It’s a fine whiskey, and one that is delicious solo. You might not even think of it as a spirit to have in cocktails, but let me tell you, mixed into the below it shines and helps deliver a drink worthy of the monstrous name (in the best way, of course). 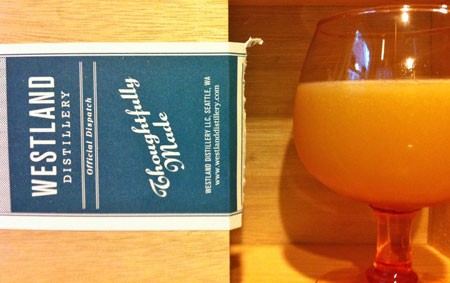 The Leviathan 477, from Good Spirits