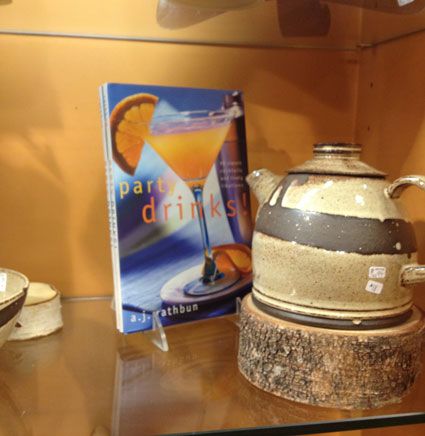 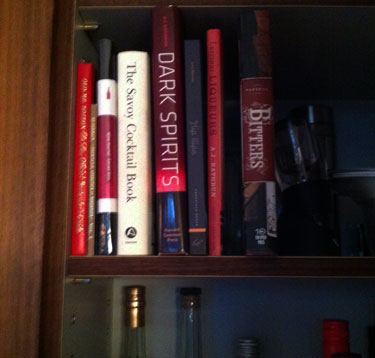 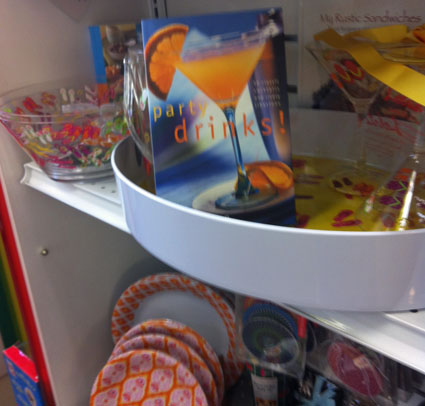 Super-rad Indiana pals Jon and Nicole recently bought their first home! Give a whole heaping helping of cheers for them (even if you don’t know them—trust me, they are sweethearts, and you would be happy to sit at any bar, even one underwater, drinking and chatting with them)! And lookie lookie what their new kitchen/bar shelf has on it: 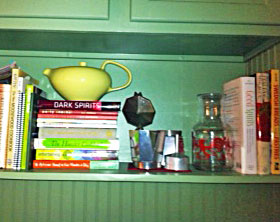 I think there are at least three books o’ mine on there, and maybe more? Jeez, that’s enough to make a guy blush to a shade that’s red as Campari. 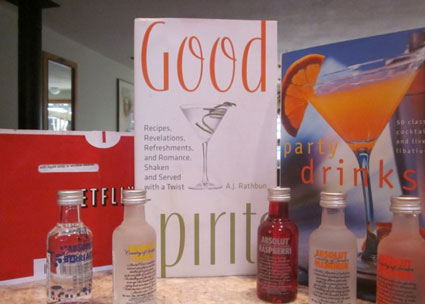 If you’re wondering, Dark Spirits likes the rock. Likes the metal, and the indie rock, the 70s flair, and the punk rock (natch). Dark Spirits (it’s sorta weird giving a book this personality, but in some ways sorta fun too, especially when it’s almost like it’s typing this now, talking about itself ala Bob Dole) especially likes the rock when the rockstars give it the faceout treatment in bookstores, so that all other books fall back behind its dark glory. This occurrence is shown in photographic full color in the picture below, as the hand holding Dark Spirits belongs to none other than Ron Lewis, the rock madman known not only as Ghost Stories but also as a member of the Fruit Bats (whose new album, Ruminant Band, is awfully good). He was in LA recently doing some TV work (as rockstars do), and shopping for books (ditto), and saw the Dark Spirits and gave it a high-five and the above-mentioned shelf faceout. Thanks Ron, from both Dark Spirits and me. You rockstars are all right. 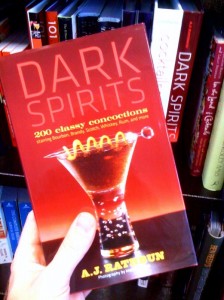 Talk about a good way to spend the summer: kicking back in the recliner in shorts with a cold drink in one hand and a heavy book in the other (the book to keep people from pawing your drink). Really, that’ll beat the heat and have you in a dandy mood no matter what day of the week, month, or year. And if you need an example, check out the below lovely pics of pals and Spiked Punch readers Jon and Nicole. Dang, I’ve never seen a finer looking couple of cocktail-swilling kids (and hey, the fact that they’re reading the good old Good Spirits is just a happy by-product of their awesomeness). And now, in honor of Nicole (who may have hinted that my blog posts tend towards the lengthy), I’m going to stop here and let the photographs tell the story: 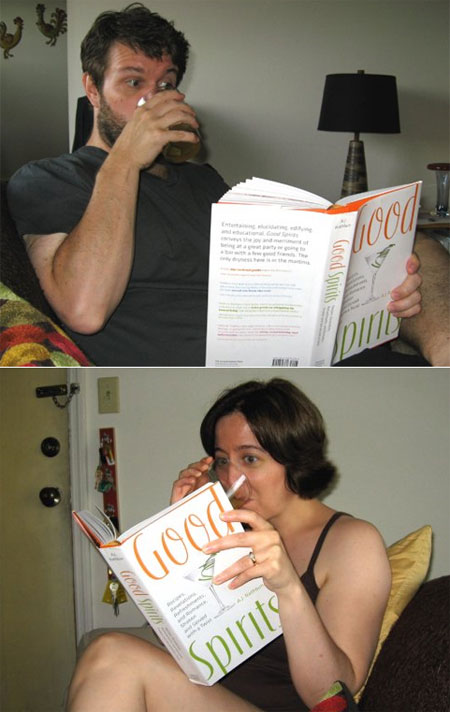