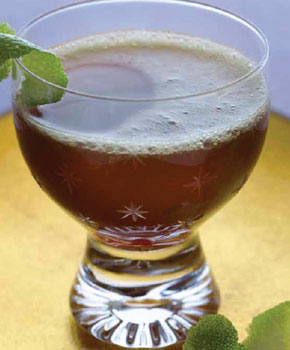 2. Strain into a cocktail glass, and garnish with the lime whip. Oh, I mean twist. 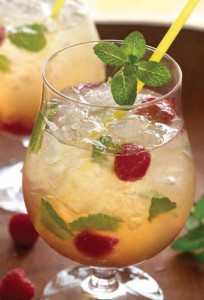 What I’m Drinking: The Tuscan Mule 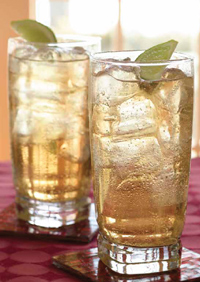 I recently found out the most amazing liqueur-related fact (well, maybe not the most amazing ever, but the most amazing one I’ve heard in at least 43 days): Topeka, KS, consumes more Tuaca than anywhere else in the U.S. of A. Isn’t that mind-blowing? It’s not (if you’re not up-to-date on the capitol city of Kansas) that Topeka has a big Italian immigrant community (Tuaca being an Italian liqueur supposedly based on a recipe from the big man, Lorenzo de’ Medici, himself), either. Tuaca has just taken over T-town (as Topeka is referred to on occasion), to the point where if you order a “house wine” in at least one bar you automatically get a Tuaca and Sprite. These little facts (especially this one, as I’m an ex-Kansan) make cocktails even more fun (and big thanks to pals Erin and Brad, who is a Topekean by birth, for letting me know about the Topeka-Tuaca connection). Tuaca, naturally, is one of the many liqueurs that’s featured, with even more information and history than the Topeka association, in Ginger Bliss and the Violet Fizz: A Cocktail Lover’s Guide to Mixing Drinks Using New and Classic Liqueurs. This means, in honor of my recently expanded Tuaca knowledge, that I’m sipping on a Tuscan Mule today–it’s one of my favorite Tuaca drinks and one whose recipe is featured in Ginger Bliss and the Violet Fizz. You should sip up, too, and toast all those Topekans and their Tuaca love.

2. Fill the glass almost to the top with ginger ale.

3. Squeeze the lime wedge over the glass, and then drop it in. Stir well.

PS: Don’t forget, the Rob Roy release party for Ginger Bliss and the Violet Fizz is October 8th. Be there! 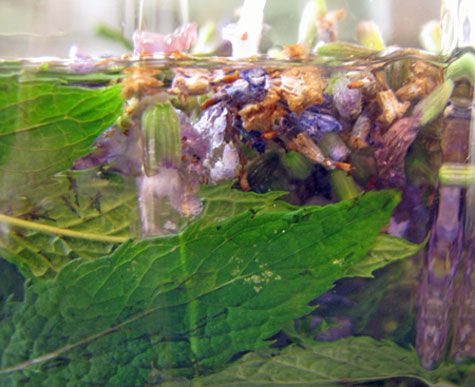 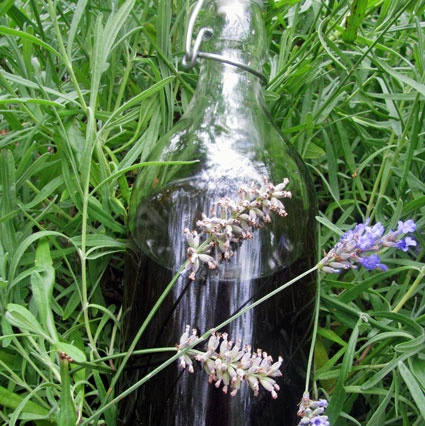 In the above title, I did not mis-type. Neither did I mean I was drinking cold “soul” as if I were a demon thirsting for evil-doers or that I was drinking cold “Soul” as if David Soul were chilled down and liquefied. Oh, no. I meant was a drinking cold Sol, the light-on-its-feet beer made in Mexico that I sometimes fancy when it’s the height of summer (the other beer usually being Miller High Life, but when snacking on some cheese enchiladas lathered in mole, it’s Sol). And, strangely, here in September at this very moment seems to be Seattle’s height of summer, which has led me to Sol. Which sounds much deeper in thought than it is (but I can’t always be philosophical, in the same way that I can’t always be drinking only cocktails and mixed drinks. Sometimes, I just wanna pop open a bottle without any fuss): 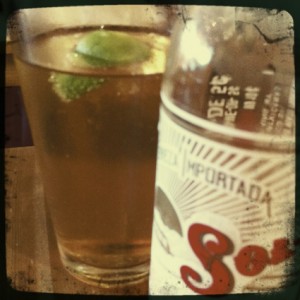 PS: The above photo was taken with Hipstamatic on Nat’s iPhone, which I thought matched up the cantina feel of the Sol (and which was the only camera for miles at the time). If you really want to know the exact settings, let me know. 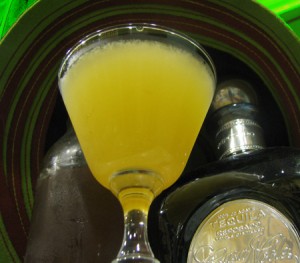