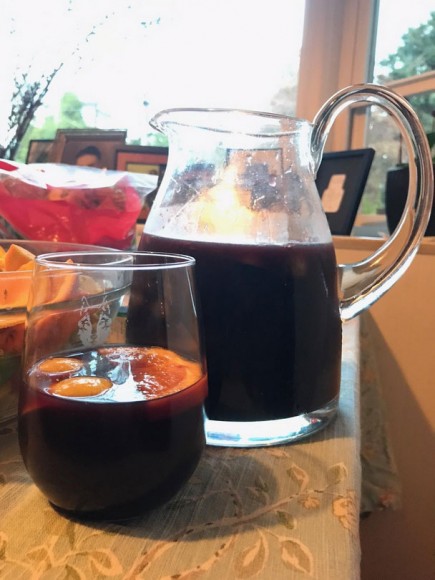 What I’m Drinking: Power to the People

At this point in the summer, it’s best to be sure you’re surrounded by pals and easy-to-build drinks that are scaled for more than just you. Summertime, late summertime especially, isn’t the time for quiet solo contemplation after all. It’s time for simple and swell parties with the below mix (also good to have fruit juice, to ensure you don’t get sick during these late summer weeks, and brandy because, well, brandy needs you and you need brandy – but that’s as much contemplation as we want). Oh, this’ll serve around eight, depending on how hot it is. If it’s really hot, might want to keep it to, oh, six, seven max. And get extra ice. 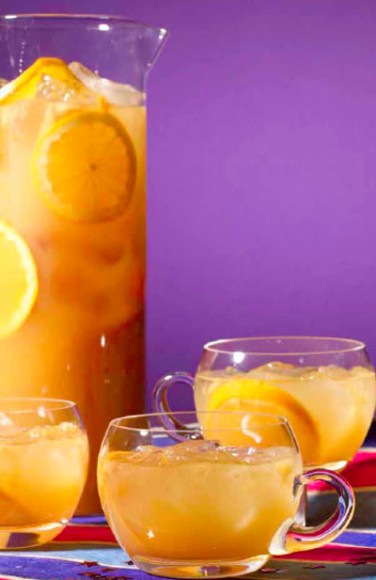 Power to the People, from Dark Spirits

1. Combine the peaches, apricots, and simple syrup in a sturdy pitcher, the kind you use when outdoors in the summer. Using a muddler or long wooden spoon, muddle the fruit and syrup well.

2. Fill the pitcher halfway full with ice cubes, and then add the brandy and orange juice into the pitcher’s melody. Stir well.

3. Carefully add the Prosecco and orange slices. Stir again, well. Serve in wine glasses, getting a slice of orange in each glass.

A Note: There will be some leftover fruit here – you should eat it! Or, if that kind of thing makes you icky (well, it shouldn’t in summer, but who am I to judge), you could actually strain out the bigger bits, early in the process. But I wouldn’t.