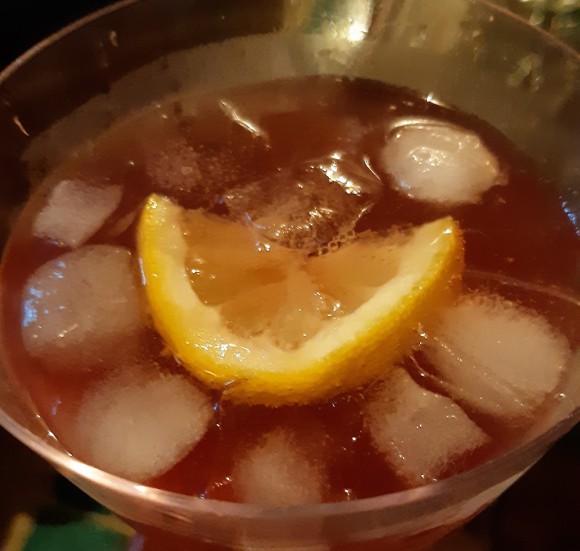 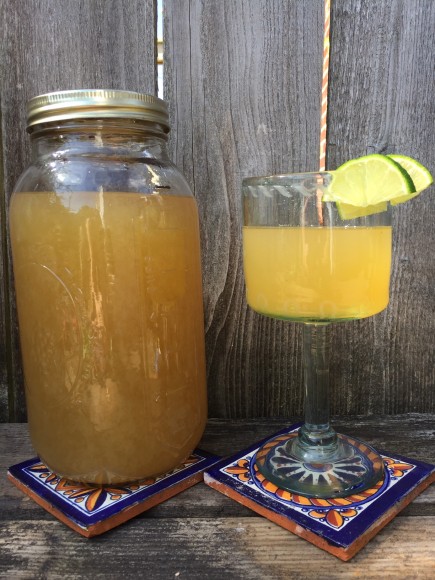 What I’m Drinking: The Mojito with a Rainbow Unicorn Straw

Sure, you’ve had Mojitos (I hope, and if not, you know, it’s a minty-rum-y delight of course so where have you been, dear)? In the summer, when they are one of the ruling drink class. Or in the spring, when you’re pretending it’s summer in your short shorts, even though you’re chilly. I see you. And even in the fall once, when you were thinking about Cuba. I sorta like them also in the winter, to deliver a summer dreamtime as the cold air nips noses. You may like that, too. But have you ever had a Mojito with a rainbow unicorn straw? I did, recently, and let me assure you – it’s better. The Mojito? Great drink. With a unicorn rainbow straw? Better. Maybe it’s this way with any drink? Here, though, trust me. Good times, with rum, and unicorn. Run with that, my brave and wonderful friends. 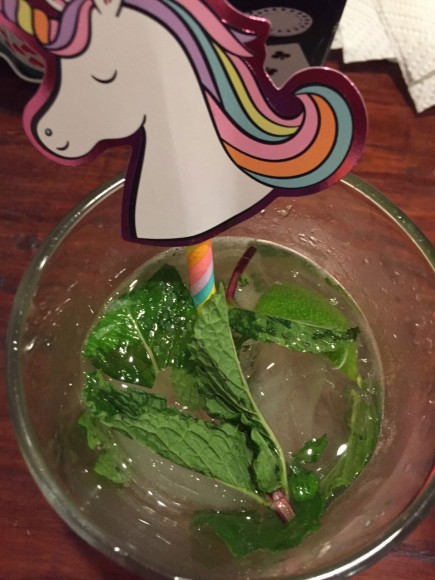 1. Add the mind, lime wedges, and simple to a highball or comparable glass. Muddle well with a cool muddler.

2. Fill the glass most of the way with cracked or crushed ice. Add the rum, then nearly to the top with soda.

3. Smack the mint a bit to get the oils flowing, then let it float atop the drink. And don’t forget to add your unicorn straw!

First things first – this here cheek-tinger has a crucial ingredient not always available easily in the US. You can track it down sometimes online. And you can find it simply enough by traveling to the U.K. And really, you need a vacation right? I’m talking about Glayva liqueur, which is made in Leith, Scotland, through a combo of aged Scotch whiskies, citrus fruits, anise, clove, herbs, a whisper of heather honey, and more treats. It’s well worth trying and tracking down. Especially for this charming charmer, which mixes Glayva with old pal gin (a good U.K. gin makes sense, and I like one in a London traditional sense), cranberry, and orange juice, all together into a treat that will make your day, and your favorite favorite’s day, too. 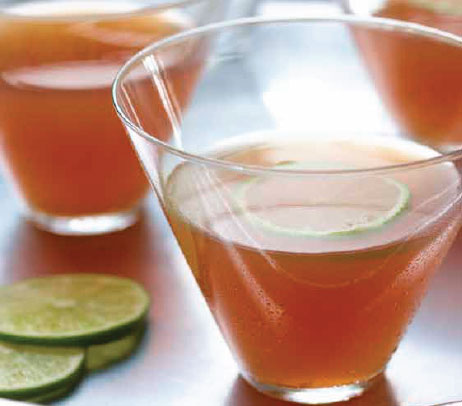 Scottish Blush, from Ginger Bliss and the Violet Fizz

2. Strain through a fine strainer into a cocktail glass and garnish with the lime wheel. 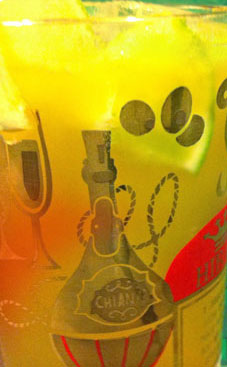 What I’m Drinking: The Dark and Stormy 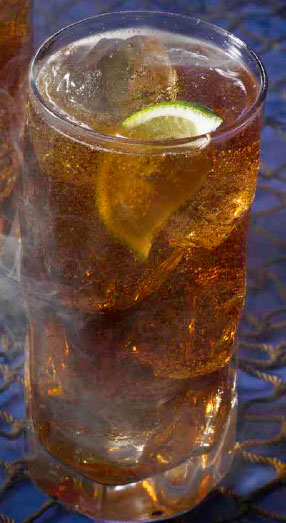 You know what? Having this hot-weather, shipboard, beachy, rummy, ginger-y cool-down-er back in action pretty much everywhere is a swell situation for us all to be within. Going back to the post WWI years, the dark (rum) and stormy (ginger beer) dance-of-deliciousness (yep, I used that phrase) has always delivered in an easy-going manner, so it’s odd that it fell a bit off bar menus and the common tongue (so to speak) for a while. Could be the lack of good ginger beer (now, we have oodles), or the lack of adventuresome natures in some of our ancestors, or a fear of names connected by “and.” Maybe all of the above? All I know is that I don’t care! It’s hot outside, and pouring one of these makes it so much cooler.

The Dark and Stormy

2. Fill the glass with ginger beer, smoothly and regularly.

3. Squeeze the lime wedge over the drink, and then drop it like it’s hot. Stir, but cautiously – no need to rock the boat too much at this point.