You know (cause you know things) I love Dickens, and have many Charles Dickens Cocktail Talks on this very blog thingy, and cause of that (the love), I tend to re-read his books on the regular, and one of my favs is one not quite as well know, Dombey and Son. To get all the particulars of why it’s a fav, to read loads of cocktail and spirits (and dog!) quotes from the book, well, let me point you to the Dombey and Son Cocktail Talks Part I, Part II, Part III, and Part IV, instead of prattling on again here. Instead, I’ll just prattle that I’ve recently re-read the book once again (and I will again, I’m sure!), and had to have at least one more Cocktail Talk. So, here it is, featuring Cap’n Cuttle himself, along with his bestie Sol and said Sol’s niece Walter.

Nothing short of the wonderful Madeira, combined with the occasion (which rendered it desirable to improve and expand Walter’s mind), could have ever loosened his tongue to the extent of giving utterance to this prodigious oration. He seemed quite amazed himself at the manner in which it opened up to view the sources of the taciturn delight he had had in eating Sunday dinners in that parlour for ten years. Becoming a sadder and a wiser man, he mused and held his peace.

‘Come!’ cried the subject of this admiration, returning. ‘Before you have your glass of grog, Ned, we must finish the bottle.’

‘Stand by!’ said Ned, filling his glass. ‘Give the boy some more.’

‘Yes, yes,’ said Sol, ‘a little more. We’ll finish the bottle, to the House, Ned – Walter’s House. Why it may be his House one of these days, in part. Who knows? Sir Richard Whittington married his master’s daughter.’ 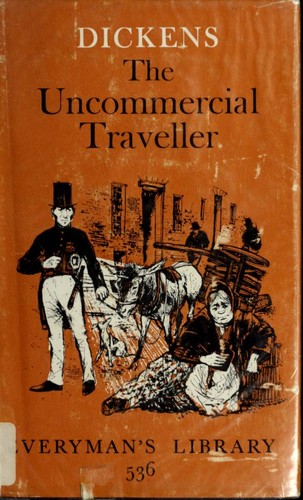 Our last (for now – the next time I read the book, and fates-willing there will be a next time, there may well be more) Cocktail Talk from The Old Curiosity Shop is also the longest, and it’s very long as far as Cocktail Talks go. But I couldn’t cut a word, as it highlights so well hot rum, the demon (though a man) Quilp, and his toady and lawyer Sampson Brass. Do heat it up, but don’t let said heating keep you from earlier The Old Curiosity Shop Cocktails Talk, including Part I, Part II, Part III, and Part IV, or from other past Charles Dickens Cocktail Talks.

‘No?’ said Quilp, heating some rum in a little saucepan, and watching it to prevent its boiling over. ‘Why not?’

‘What’s the matter?’ said the dwarf, stopping his hand in the act of carrying the saucepan to his mouth.

Deigning no other than a practical answer to this remonstrance, Mr. Quilp raised the hot saucepan to his lips, and deliberately drank off all the spirit it contained, which might have been in quantity about half a pint, and had been but a moment before, when he took it off the fire, bubbling and hissing fiercely. Having swallowed this gentle stimulant, and shaken his fist at the admiral, he bade Mr. Brass proceed.

‘But first,’ said Quilp, with his accustomed grin, ‘have a drop yourself — a nice drop — a good, warm, fiery drop.’

‘Why, sir,’ replied Brass, ‘if there was such a thing as a mouthful of water that could be got without trouble — ‘

‘There’s no such thing to be had here,’ cried the dwarf. ‘Water for lawyers! Melted lead and brimstone, you mean, nice hot blistering pitch and tar — that’s the thing for them — eh, Brass, eh?’

‘Ha ha ha!’ laughed Mr. Brass. ‘Oh very biting! and yet it’s like being tickled — there’s a pleasure in it too, sir!’

‘Drink that,’ said the dwarf, who had by this time heated some more.

‘Toss it off, don’t leave any heeltap, scorch your throat and be happy!’

The wretched Sampson took a few short sips of the liquor, which immediately distilled itself into burning tears, and in that form came rolling down his cheeks into the pipkin again, turning the colour of his face and eyelids to a deep red, and giving rise to a violent fit of coughing, in the midst of which he was still heard to declare, with the constancy of a martyr, that it was ‘beautiful indeed!’