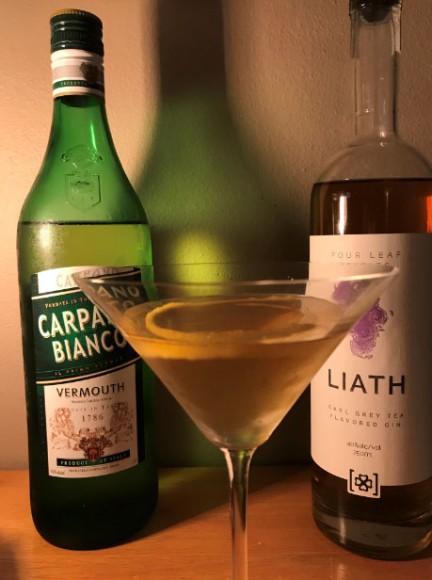 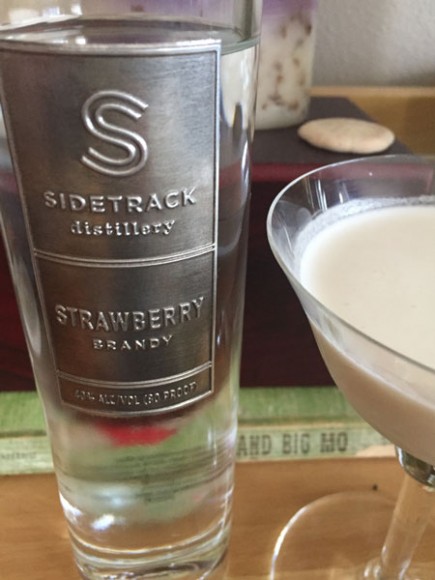 Washington is a state under a good sign, one with I think an awesome good fairy (or whatever mythological taker-carer-of creature you’d like), and just lucky, because we have such an outstanding local distillery community. We have distillers of all types, and some make a wide range of tasty products – one of those is Skip Rock distillery out of Snohomish, WA. They make rums, whiskeys, vodkas, liqueurs, and recently unveiled their Bicycle Tree gin, named after a local legendary tree you could ride cycles through, and with a classic-via-the-northwest flavor (juniper, local botanicals, yumminess). They have so many options I thought – why not make a single-distillery cocktail? Single-barrel things are all the rage, but a single-distillery cocktail, which only uses ingredients from one distillery? That’s next wave stuff people! And exactly what I did here, using that new gin as a base, then their tangy and fresh Raspberry liqueur with it, and a little of their walnut-y Nocino to round it out. Lots of layers of flavors, starting with fruit and those gin-ical botanicals and spices, and then ending a little nutty, it’s all here, and all from one distillery. 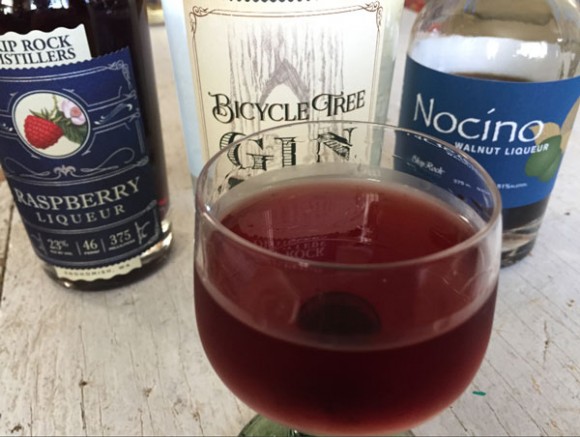 Hello cocktail lovers, spirt lovers, drink lovers, bar lovers, Seattle lovers, and those of you who like me combine all of the above. If you’ve missed any of my recent pieces for the swell Seattle magazine, well, I feel for you. So much so that I’m linking to some of them here, so you can catch up on your reading and sipping:

Hey, guess what? I’ve written some fun and exciting (well, I think so!) items about booze, bars, and booze for the mighty Seattle magazine lately, and just in case you might have missed them (which would make me sad), I’m going to list them right here and now:

* See all Seattle magazine pieces by me