Sometimes writing about drinks is awesome (okay, it always is). But sometimes it’s even better, and recently, I had one of those times, getting to write about a drink which pays homage to a sadly-departed former coworker and friend. The world of the bar is a place that’s sometimes hectic, sometimes nutty, but also a place where many good people become good friends around good drinks. But don’t listen to me ramble, go read the story about The Ultimate Ninja, a drink at Seattle bar Pablo y Pablo, which I wrote about for Seattle Magazine.

Hey cocktail-and-bar-loving pals! I’ve recently written up a whole host of new-ish (when writing, at least) local bars and bar-restaurants for the swell Seattle magazine, and I’m guessing you want to hear all about them, right? I mean, I think you’ve probably read them already, really, but just in case, check out the below so you know where to drink and enjoy life a little more:

Talking Tiki on Television with Evening

I recently talked right here about the recent (it’s all so recent!) Seattle magazine tiki article I put together about the wave of tiki drinks up this-a-way, and why folks love them so much. To follow that up, I went and visited a couple (a trio of tiki spots) places mentioned in said article with the fine folks at Evening, which up here shows on King 5. If you missed it (which is fine, really), they hey, check out a taste of the tropics with me! 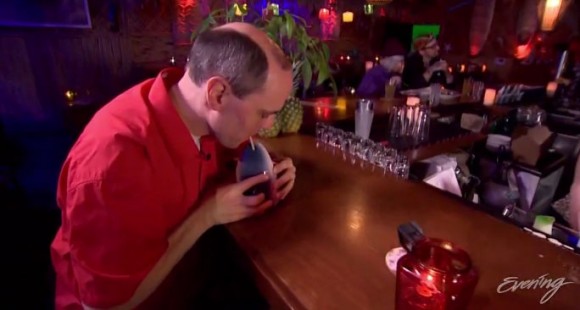 At least, “Three Seattle Bars for Comfort Drinking” was what the fine folks at Seattle magazine asked me to write about for a recent issue. I wasn’t sure, exactly, which way to take it – then decided to just write about three bars I thought were always ready with good service, good drinks, good food, and individual personalities that set them apart to me, in a way that’s fun. What’d I pick? I’m not telling – you have a read the article! But one hint: the bars are No Anchor, Witness, and No Bones Beach Club. But no hints – go read up on great Seattle bars.